French President Emmanuel Macron on Sunday lost his parliamentary majority after major election gains by a newly formed left-wing alliance and the far right, in a stunning blow to his plans for major...

Pakistan's former military leader Pervez Musharraf is likely to stay in Dubai, his family has hinted as the required medical facilities were unavailable in Pakistan.

French President Emmanuel Macron on Sunday was set to lose his parliamentary majority after major election gains by a newly formed left-wing alliance and the far-right, in a stunning blow to his hopes...

Saudi Arabia's Crown Prince Mohammed bin Salman has long been sidelined on the world stage but as he prepares to mark five years as de facto leader, he is finally coming in from the cold. 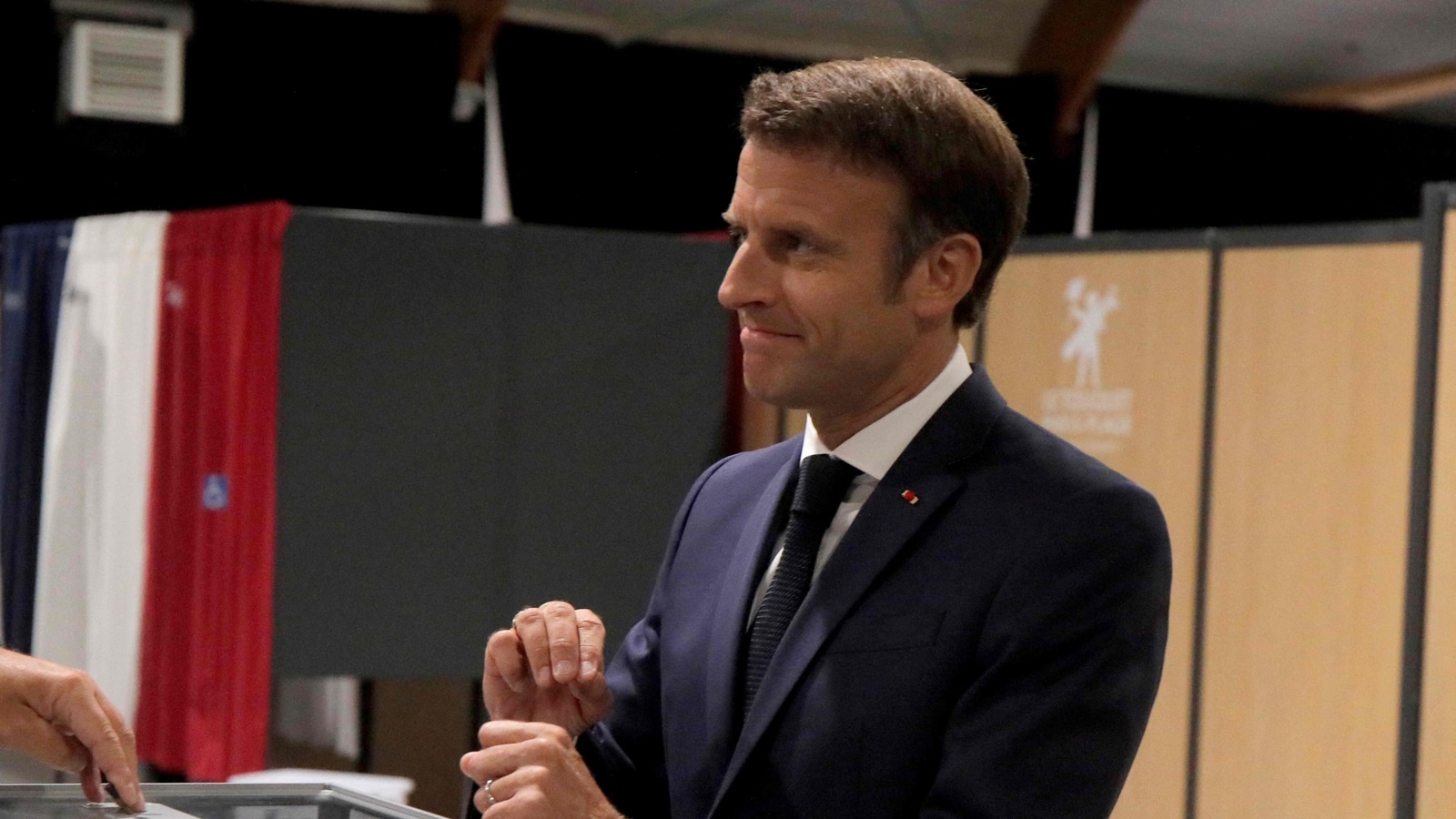 The party headed by the 44-year-old centrist, who was re-elected in April, and his allies are set to win 200 - 260 seats out of 577 in the final ballot of Sunday’s legislative election, according to projections by five pollsters. Emmanuel Macron, 44, became the first French president in two decades to be re-elected in April.

A recession in the United States is not "inevitable" but the economy is likely to slow, Treasury Secretary Janet Yellen said Sunday, days after the US Federal Reserve hiked interest rates, raising... 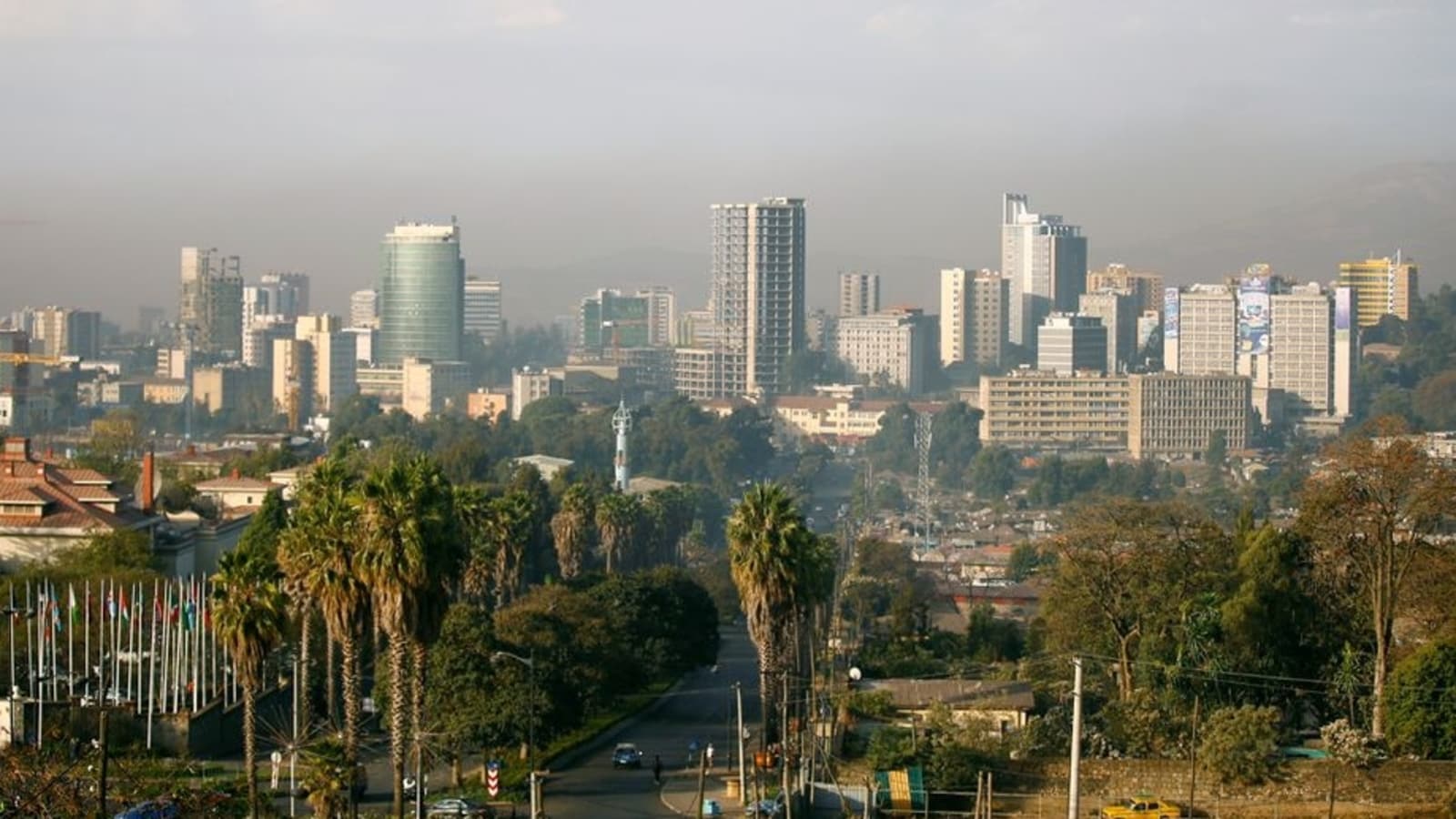 ‘Deadliest attack,’ say witnesses as over 200 die in ethnic killing in Ethiopia

Ethiopia is experiencing widespread ethnic tensions in several regions, most of them over historical grievances and political tensions. 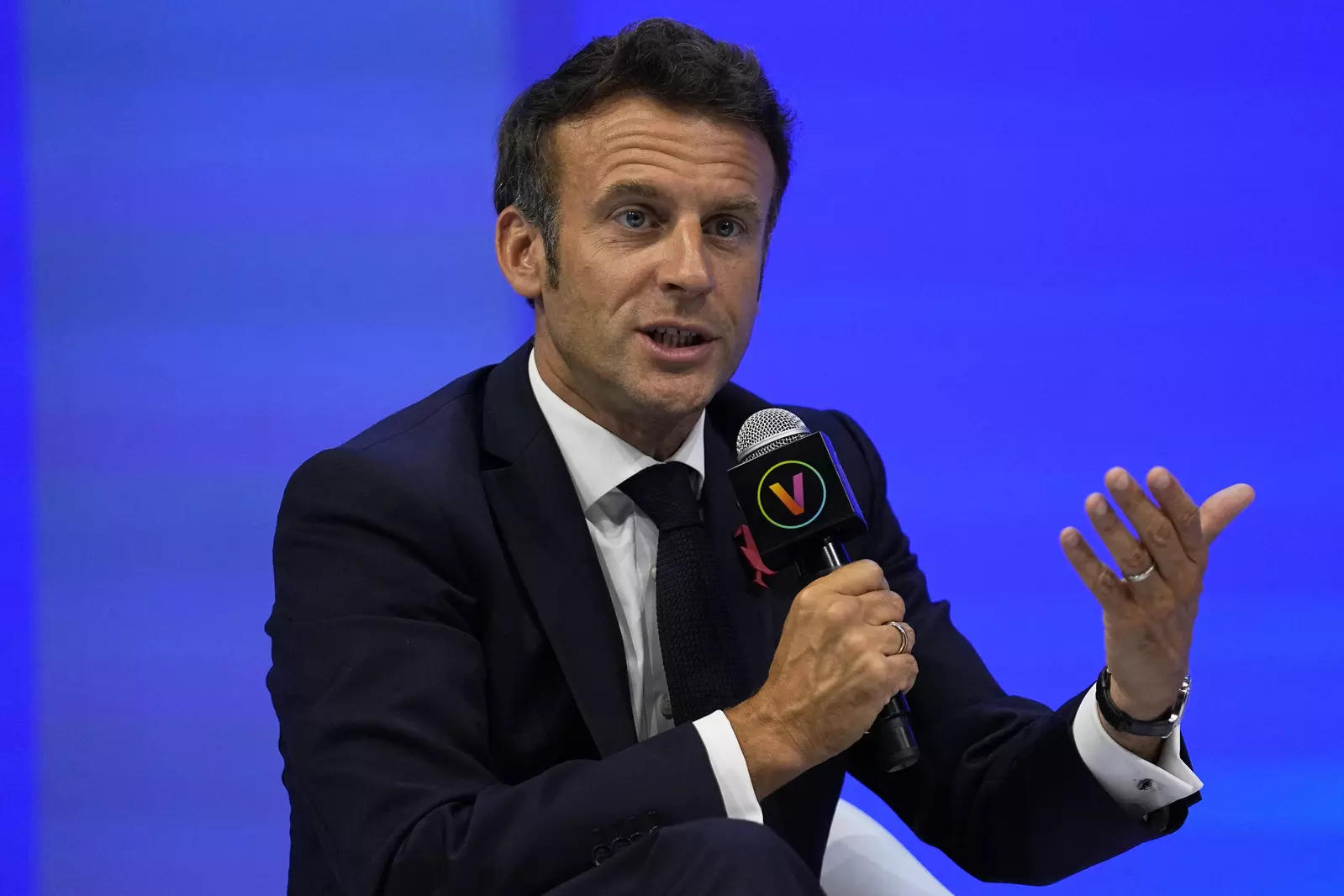 Macron's "Ensemble" (Together) coalition was on track for 200-260 seats, short of the 289 needed for a majority in the National Assembly. The left-wing NUPES alliance was set to win 149-200 seats, while Marine Le Pen's far-right National Rally made major gains and was on course for 60-102 seats.

The planemaker and airline plan to invest as much as $200 million to accelerate the adoption of SAF in the country, they said Sunday

The Apple retail workers in Towson, Maryland, voted 65-33 to seek entry into the International Association of Machinists and Aerospace Workers

Me or chaos: Emmanuel Macron adopts ominous tone ahead of crucial vote

Germany will reduce gas consumption in the power sector and industry and push the filling of storage facilities, Habeck said, adding that the government is ready to take further measures if needed 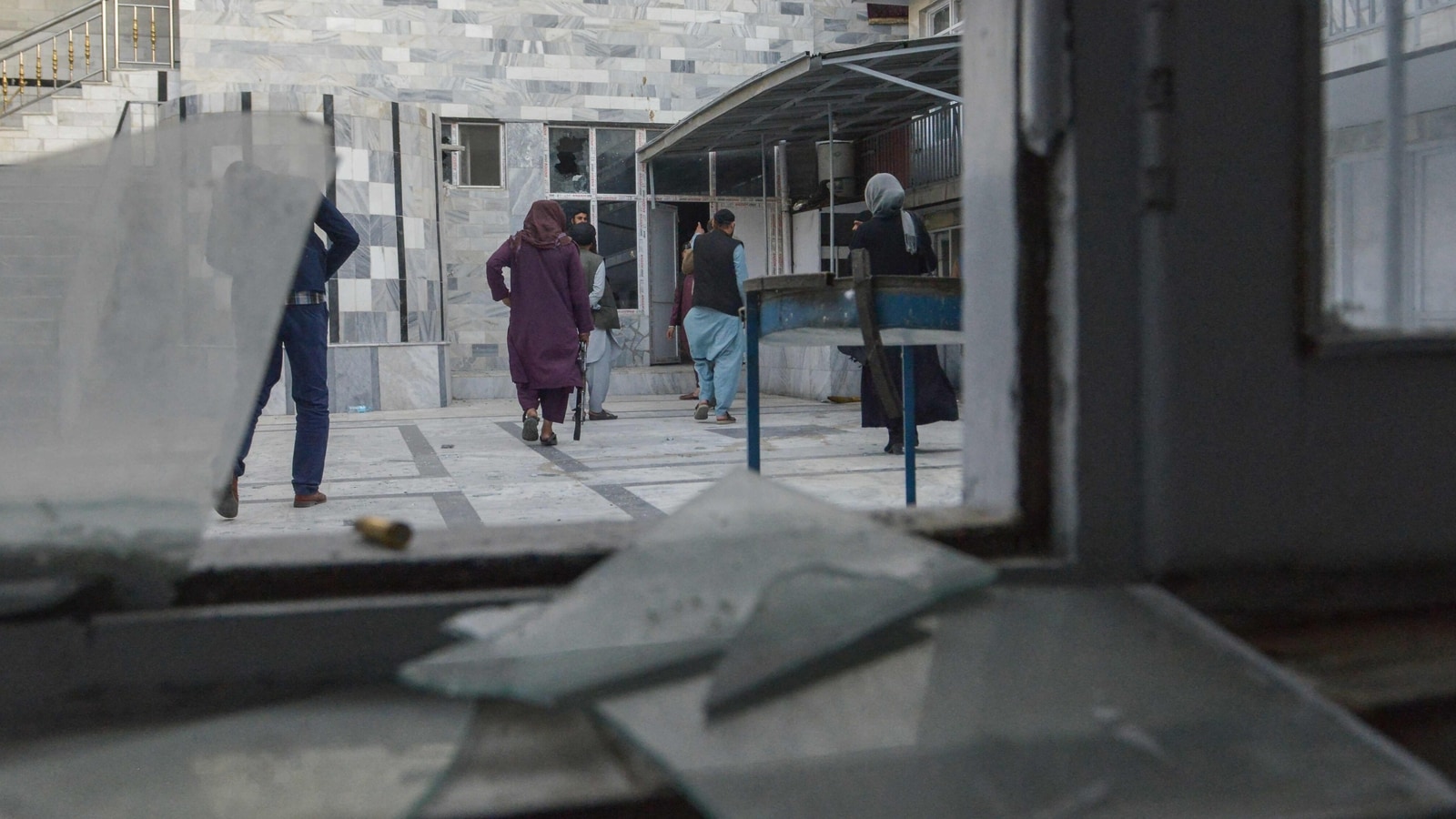 He'd not have died this brutally, had his visa come earlier: Wife of Sikh man killed in Kabul attack

Singh's Gurudwara Karte Parwan on Saturday became the latest target of attack on the minority communities' places of worship in Afghanistan. Two people were killed.

Vladimir Putin says will use nuclear arms to defend our sovereignty

Putin said the United States considered itself "God's emissary on Earth", and that Russia was taking its place in a new world order

Troops fired in Visuvamadu, 365 kilometres (228 miles) north of Colombo, on Saturday night as their guard point was pelted with stones

The vanishing gains suggest long-term owners are coming under pressure, a potentially worrying sign for a market known for its hodlers

Find the roaches and make a meal: Crypto's new name of the game

What is the Geneva package? How did India present and push its interests especially with regard to the fisheries and agriculture sectors?

India has really helped us during this crisis: Ranil Wickremesinghe

Sri Lanka has reached out to several companies suggested by Russia's embassy in Colombo to buy crude oil, Energy Minister Kanchana Wijesekera said on Sunday, in an attempt by the debt-ridden island... 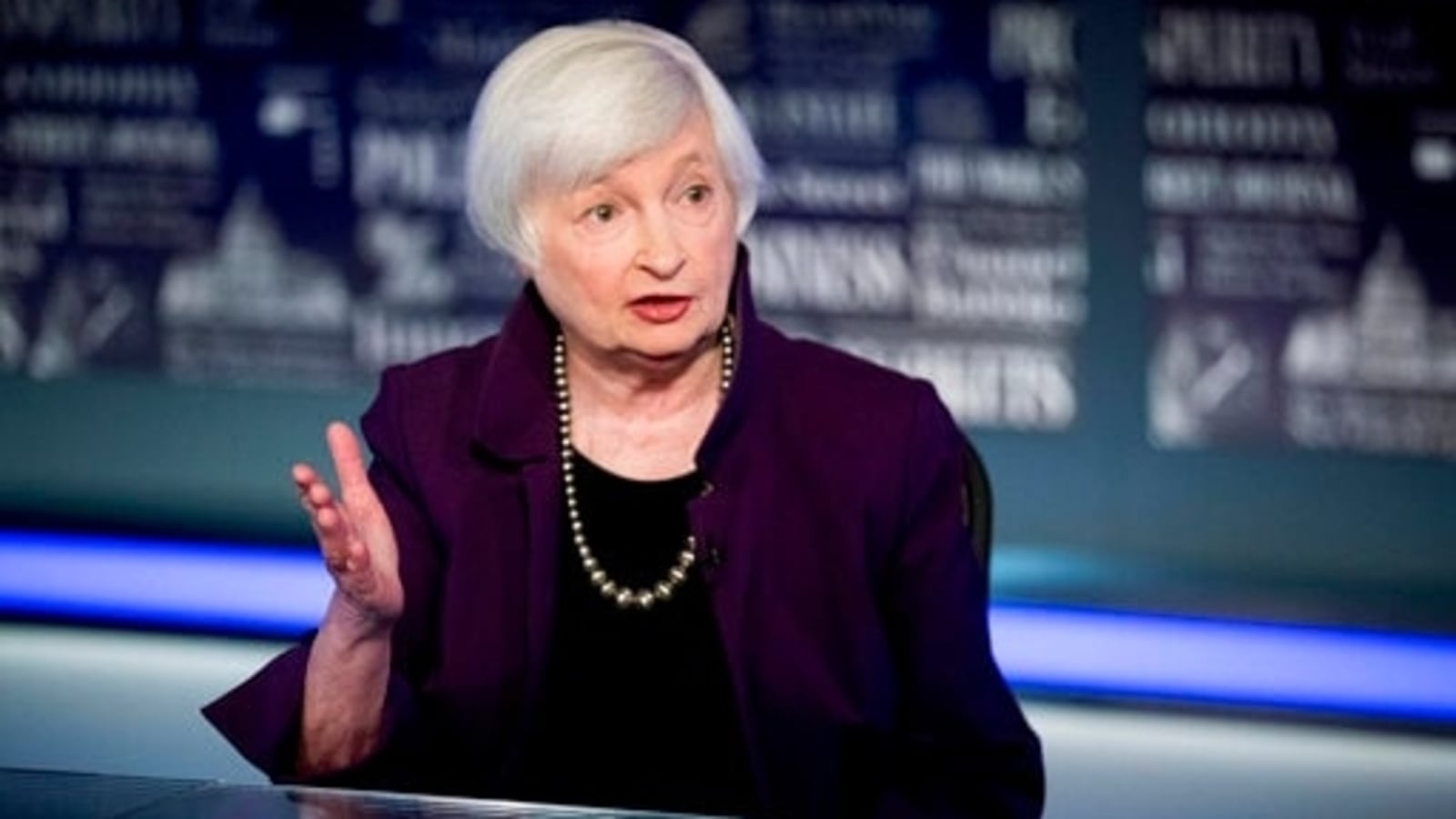 The US economy has recovered strongly from the damage wrought by Covid-19, but soaring inflation and supply-chain snarls made worse by the war in Ukraine have increased pessimism.

US economy will slow but recession not inevitable, says Janet Yellen

Treasury Secretary Janet Yellen said Sunday that she expects the US economy to slow in the months ahead, but that a recession is not inevitable. Yellen offered a dose of optimism even as economists grow increasingly worried about a recession fuelled by skyrocketing inflation and the Russian invasion of Ukraine. She also expressed an openness, during an interview on ABC's This Week, to a federal gas tax holiday to help give motorists some relief at the pump. Several lawmakers have floated the idea as the average price of gasoline hovers around $5 per gallon; the tax is 18.4 cents per gallon. That's an idea that's certainly worth considering, Yellen said when asked if the administration is weighing it. She added that President Joe Biden wants to do anything he possibly can to help consumers. And Energy Secretary Jennifer Granholm said it's one of the tools, but told CNN's State of the Union that part of the challenge with the gas tax, of course, is that it funds the roads. Yellen sa

Inflation will not fall to 2% target for two years, says Fed's Mester

Every day around 165,000 Palestinians cross with permits into Israel for work.

As battles in Ukraine's east grind on, NATO chief warns of long war

Pakistan's Foreign Minister Bilawal Bhutto Zardari said on Sunday that his country was committed to follow international standards related to the counter-terrorism financing and anti-money laundering.

Sri Lanka to resume flights from Jaffna to India in July: Aviation Minister

The Sri Lanka Tourism Development Authority plans to attract 800,000 tourists during the rest of the year

In an interview published on Sunday in the German weekly Bild am Sonntag, NATO Secretary-General Jens Stoltenberg said that “nobody knows” how long the war could last

Cloudy valuations give investors pause in buying beaten-up US stocks

42 countries reported 2,103 cases of monkeypox since January: WHO

Of these cases, a whopping 99 per cent are reported in men, and "most self-identify as men who have sex with other men", the UN agency said 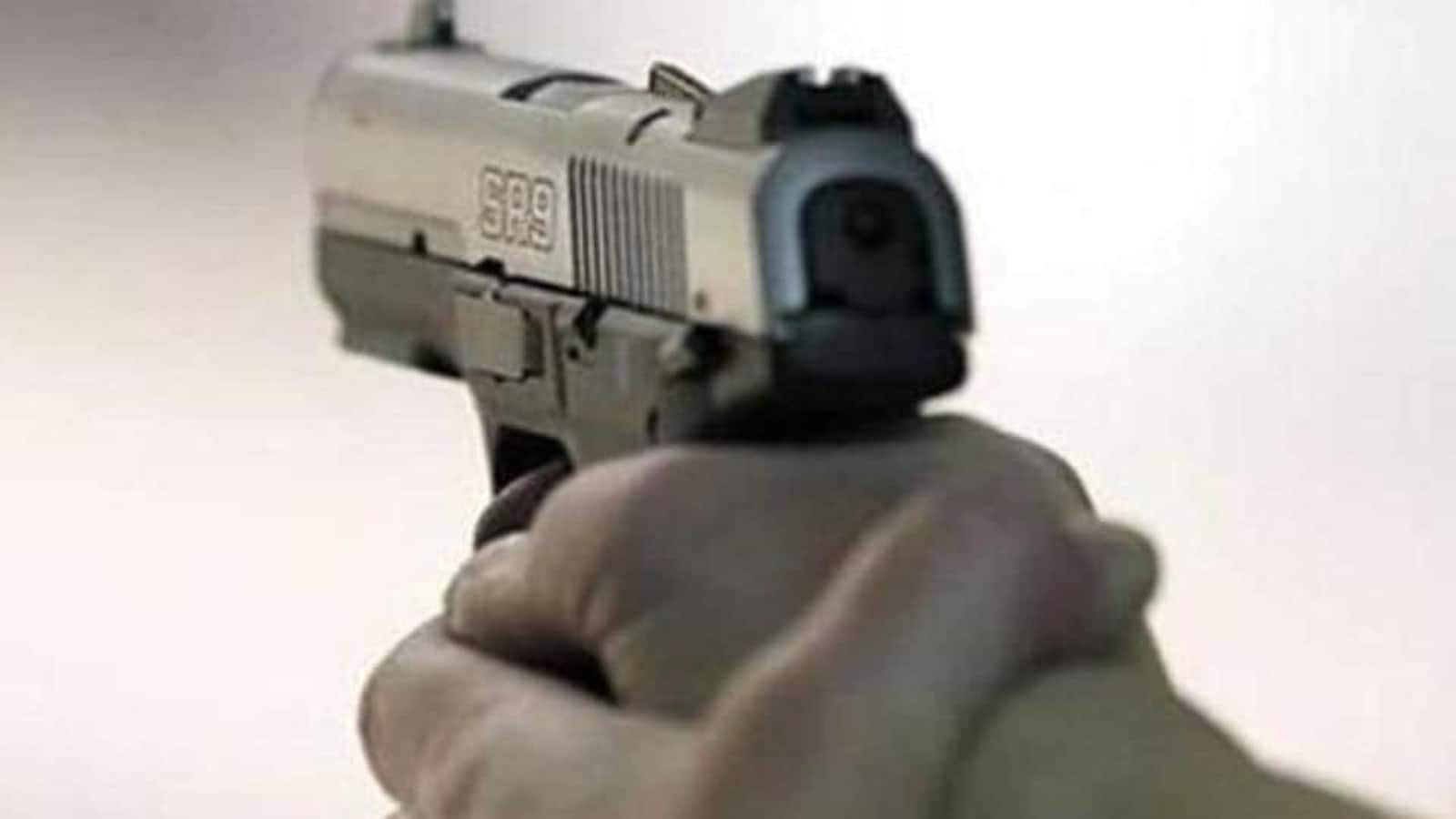 Police officer Aziz Jamali said the gunmen fled on motorcycles after shooting the police officers at the Mundrani security post near the town of Dera Murad Jamali.

The soaring temperatures were in line with scientists' predictions that such phenomena will now strike earlier in the year due to global warming. 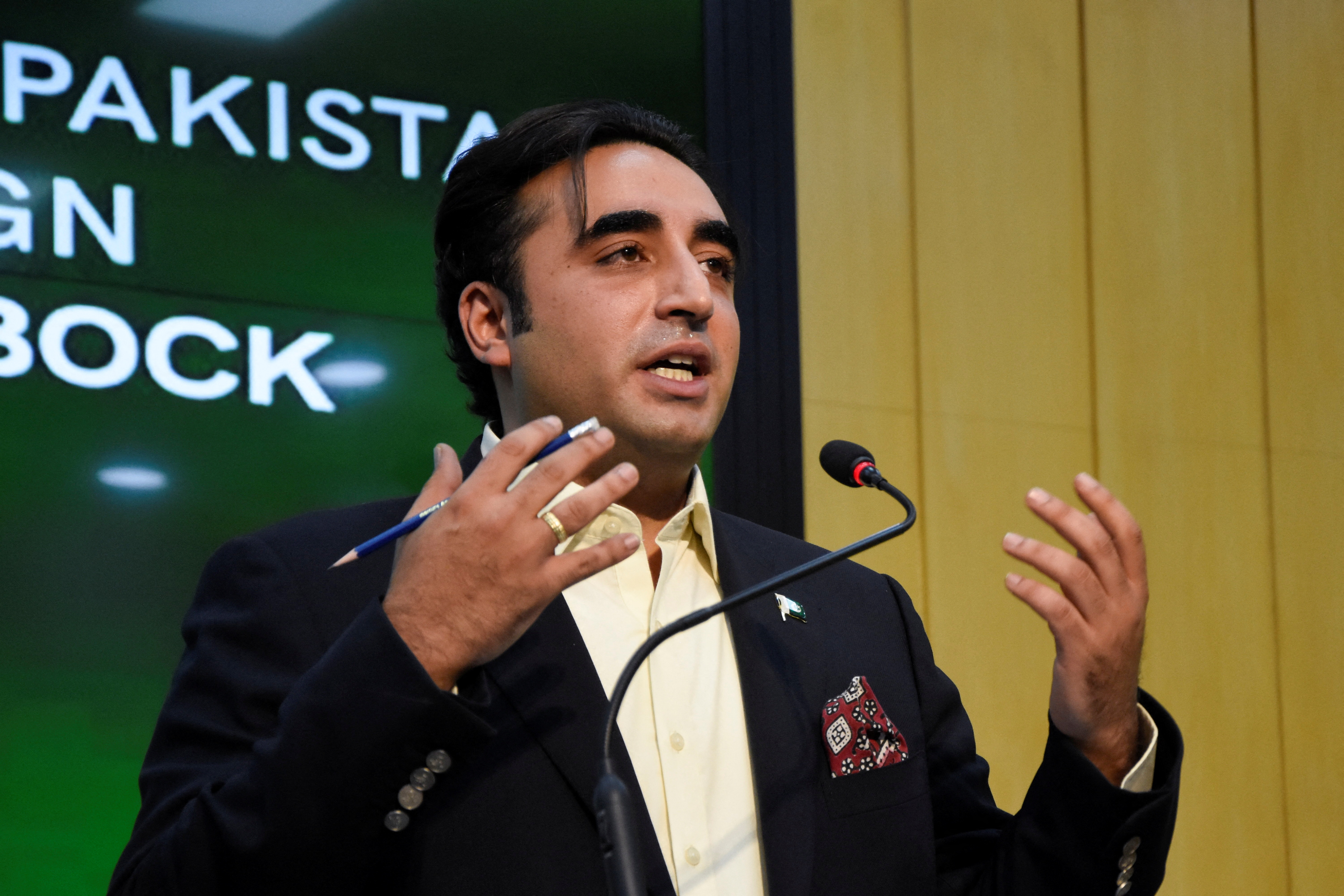 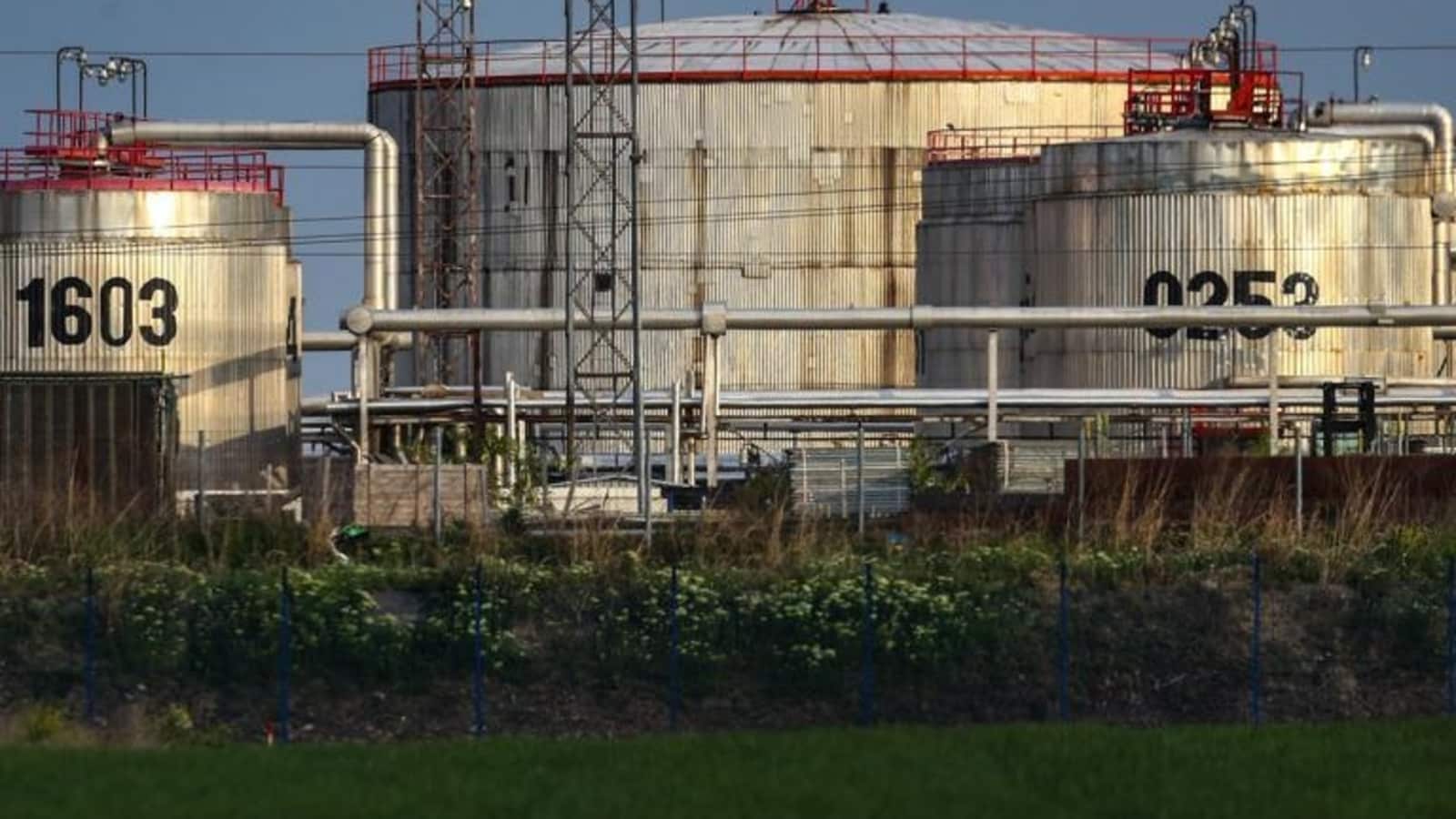 In Russia's response to Western sanctions imposed on Moscow since its invasion of Ukraine, state energy giant Gazprom has cut supplies to Denmark's Orsted (ORSTED.CO) and to Shell Energy (SHEL.L) for its contract to supply gas to Germany. 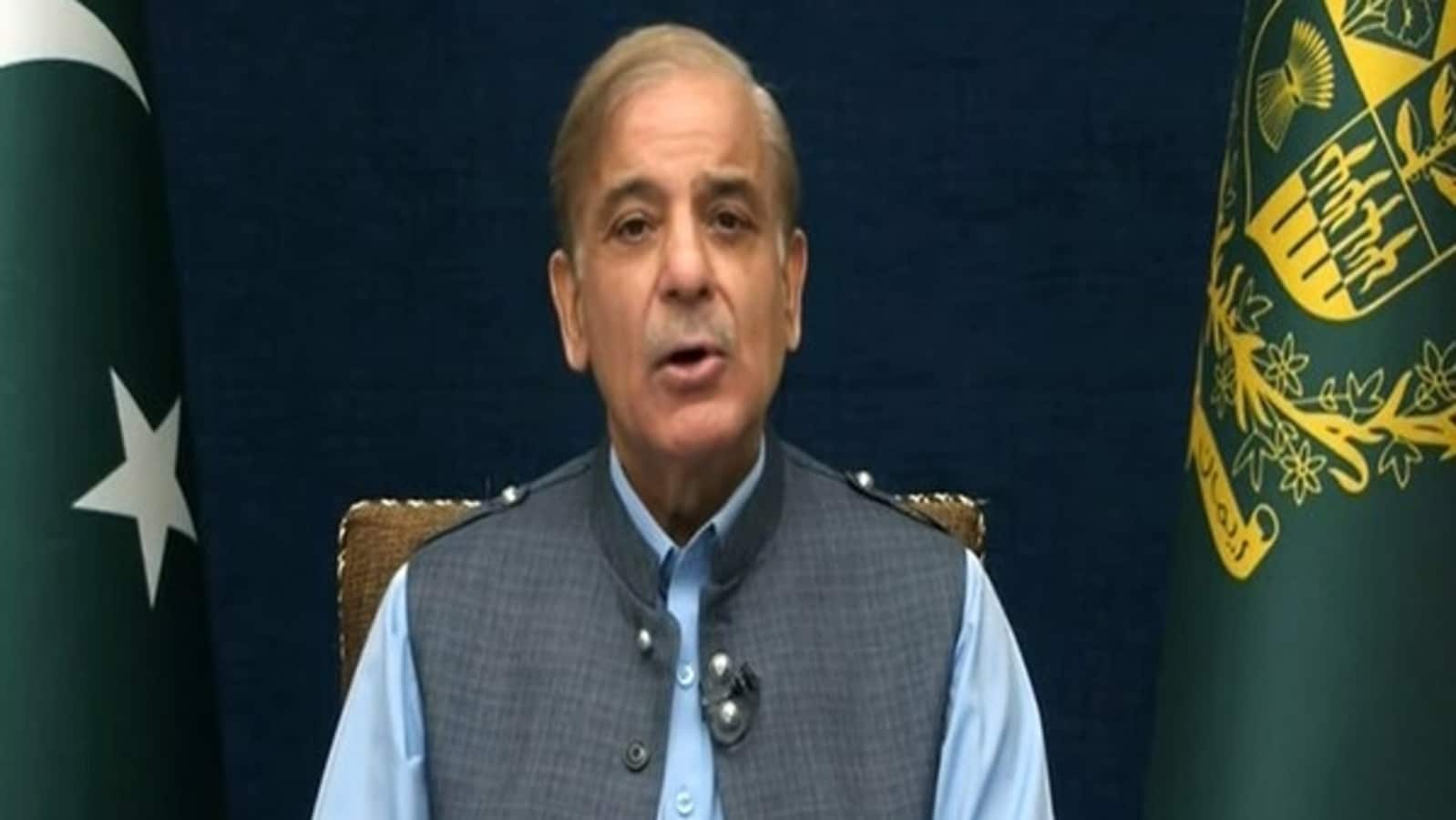 There are also apprehensions that more and more military personnel, serving and retired, being already vetted, may be preferred to the civilians.

NATO's chief warned that the war in Ukraine could last "for years" as President Volodymyr Zelensky vowed Sunday that his forces would not give up the south of the country to Russia after his first...

Prince William, the Duke of Cambridge, released a new picture today with his three children to mark Father's Day.