He's making the switch from Tesla to Ford F-150 Lightning: Here's why

Who are the first to own the 2022 Ford F-150 Lightning pickup, which has a waiting list a mile long? They're from Delaware, Georgia, and Texas.

Drab exterior of Ford plant shouldn't fool you: Go inside

A sneak peek at the all-new electric truck factory built by a 118-year-old automaker.

GM will offer its popular muscle car in an all-electric version. It released a video peek at it Monday.

GM responded to Ukraine government plea by delivering dozens of big SUVs to the country amid the war. The trucks will move people out of harm's way.

How Canada is luring GM, Stellantis investments away from the US

When former chairman of Fiat Chrysler Sergio Marchionne complained it was too expensive to do business in Ontario, local leaders changed that.

A BrightDrop driver drives an EV from New York to DC and sets a record for greatest distance traveled by an electric van on a single charge.

GM has a deal that will support construction of a new plant in Texas and supply the automaker with valuable materials needed for its upcoming EVs.

Loaded with innovative technology and design, the Lincoln Star EV is a throwback to the days when concepts served to test new ideas with the public

GM said it is extending its suspension of operations in Moscow and letting go of most of its staff. Stellantis is halting van production in Kaluga.

Ford ramps up production at its plant in Mexico to build 2023 Mustang Mach-E, as 2022 order bank closes.

The Grand Cherokee straddles the line between the poles of Jeep’s appeal: rugged capability and refined luxury.

Something odd is happening in metro Detroit auto sales

The Detroit 3 dominate new car sales in the Motor City, but the unprecedented market has caused fluctuations to their stake, as foreign makers inch up.

Stellantis pledges that Chrysler's first battery electric vehicle will launch in 2025 and the brand's portfolio will be all electric in 2028.

GM secures a deal to supply it with a critical material for EV batteries in the future.

The first retail 2023 Corvette Z06 convertible sold at auction this weekend. Here's who bought it and where the money will go.

Ford Shelby, Chevy Corvette sell at auction for $1M: Who owned them

High-profile buyer picked up two collector cars for $1 million and others added $650,000 to the purse for Ukraine. 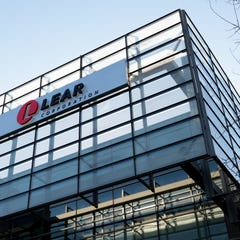 Auto supplier offers map to promotions for employees of color

A new program at auto supplier Lear offers a map to promotions for employees of color. It helps diverse employees grow and helps Lear retain talent.

The GMC Hummer EV was developed to kick the butts of conventional luxury-sport SUVs and it just might do it.

High gas prices is one factor that bodes well for the Chevrolet Bolt EV as GM restarts production after a recall. GM now launches a huge ad campaign.

GM CEO candidly admits she needed help in writing a mission statement for the automaker, so she dug into historical archives for the answer.

The inquiry covers more than 138,000 vehicles with batteries made by LG Energy Solution of South Korea.

In a deal that will help GM reach its carbon neutral target faster, it and Honda have agreed to codevelop a series of EVs, including small SUVs.

GM is investing in Canada manufacturing, hinting that Oshawa Assembly in Ontario might get an EV to build one day.

New Ford turnaround specialist: I noticed a lot of finger-pointing within company

Ford acknowledges warranty costs are eating away at profits and customer satisfaction, so a turnaround expert has been brought in to tackle the issue.

Ford sales drop 17% from 2021: Which models took the biggest hits

Cheap cars are gone — and they aren't coming back: Here's why

The below-$20,000 new vehicle has long been a benchmark for affordability. But established automakers have little incentive to rescue it.

Chrysler-parent Stellantis saw its U.S. sales decline by 14% in the first quarter, a drop in line with or better than competitors like General Motors.

GM reported a 20% drop in new vehicle sales in the first three months of the year despite strong sales of pickups, SUVs and a few others. The recall covers the Chevrolet Equinox and GMC Terrain from the 2014 and 2015 model years.

Lincoln's sales in crucial China market outstrip its US sales

The Chinese consumer in the car market is considered essential to every playbook in the global auto industry.

Biden invokes Defense Production Act: What it means for the auto industry

President Biden invoked the Cold War power to localize producing key materials for EVs. Here is what it will mean for carmakers and consumers.

Ford makes the Time Top 100 Most Influential Companies list with a spotlight on its rivalry with Rivian and what's at stake.

GM's joint venture in Shanghai asks workers to live in the plant to keep production going as the city goes on lockdown.

GM's new Commercial Growth Strategies and Operations organization will help in its transition to electric vehicles.

Stellantis expected to make big announcement in weeks ahead

Michigan was passed over for Ford's Blue Oval City, but a key development leader says the state is better positioned to snag big investments now.

High new and used vehicle prices prompts many to keep their cars and pay to fix them up. Here's what they're doing and how it impacts trade-in values.

A former manager of GM's global supply chain is accused of taking more than $3 million in bribes to ensure the supplier won contract work with GM.

The Jeep plant, formerly known as Jefferson North Assembly, will produce the new version of the Jeep Grand Cherokee as well as the Dodge Durango.

Stellantis unvelled the first of its next generation engines: 3.0L twin-turbo, inline-six cylinder Hurricanes, slated to go on sale this year.

Ford F-150 Lightning pushes past its goal to beat competitor

Stellantis to build $4B EV battery plant in Windsor, also 1 in U.S.