[Capital FM] Nairobi -- Opposite hitter Sharon Chepchumba is a girl in demand. Suitors have been circling her head since her brilliant performance in Tunisia that guided KCB to their second continental title with a 3-1 victory over record champions Al Ahly.

Is Democracy Slipping Away?

[African Arguments] President Saied has been running the country unilaterally for almost a year. The July referendum will further strengthen his rule without resistance.

[CAF] World Cup-bound Tunisia demonstrated their desire to excel at the global tournament when they defeated hosts Japan 3-0 on Tuesday to win the Kirin Cup.

[CAF] World Cup-bound Tunisia will face Japan in the final of the Kirin Super Cup in Osaka on Tuesday after defeating Chile 2-0 in the opening match of the tournament on Friday.

African Lion 22 Exercise Runs From June 6 to 30 in Morocco, Tunisia, Senegal and Ghana

[CAF] The senior national teams of Ghana and Tunisia have arrived in Japan to play in the Kirin Super Cup which starts on Friday as part of their build-up to the 2022 World Cup.

[TechCrunch] Yahya Bouhlel started coding in his early teens. Within this timeline, he interned at several companies in Palo Alto, California. Most of his work revolved around building apps and iPhone games.

[Tunis Afrique Presse] Tunis/Tunisia -- Tunisian-UK business meetings in workwear and lingerie were held Wednesday at the House of the Exporter in Tunis. They brought together seven representatives of large British firms interested in sourcing and investment in Tunisia and twenty Tunisian companies, said the CEPEX.

Arboretum of Tunis Reopens After 10 Years of Closure

[Tunis Afrique Presse] Tunis/Tunisia -- The Arboretum of Tunis, a plant garden whose creation dates back to the 18th century has reopened to the public and scientists, after 10 years of closure.

[Tunis Afrique Presse] Tunis/Tunisia -- The Salvation Front, opposed to the July 25 process, held yesterday a popular meeting in the city of Degach in the governorate of Tozeur, during which the leaders of this movement voiced their determination to continue their action to defeat the coup.

Mongi Rahoui Dismissed From PPDU Over Participation in National Dialogue

[Tunis Afrique Presse] Tunis/Tunisia -- The United Democratic Patriots Party (PPDU) decided to definitively dismiss leader Mongi Rahoui from the party over his participation in the 1st meeting of the Advisory Committee for the New Republic.

[Tunis Afrique Presse] Tunis/Tunisia -- The global reform of the tax system in Tunisia is part of the main reform axis for free initative and fair competition, said the Prime Ministry on Friday in the follow-up document of the implementation of the reform programme.

[Tunis Afrique Presse] Tunis/Tunisia -- The Tunisian government is seeking, as part of its reform programme to achieve self-sufficiency in durum wheat by increasing the profitability of national crops and reducing imports.

[Tunis Afrique Presse] Tunis/Tunisia -- The 1st meeting of the Advisory Committee for the New Republic kicked off on Saturday at Dar Dhiafa in Carthage, under chairmanship of law professor Sadok Belaid, with attendance of politicians, public figures and civil society representatives who support the July 25 process.

[DW] As Tunisia's president continues on his autocratic path while the economy is on its knees, can international aid return the country to a democratic track?

[Tunis Afrique Presse] Tunis/Tunisia -- The Advisory Commission on Economic and Social Affairs is convening for its first meeting on Saturday at Dar Dhiafa in Carthage, kicking off the national dialogue, its Chairman Bar President Brahim Bouderbala stated to TAP.

[Tunis Afrique Presse] Tunis/Tunisia -- The municipality of Sfax announced Friday at a press briefing, the launch of the project of active and intelligent transport, funded by the European Union (EU), which aims to reduce road traffic congestion in the city and limit the pollution environmental impact of traditional means of transport in the region.

[DW] President Kais Saied issued the order with a list of judges to be dismissed, accusing them of corruption and stalling terrorism cases. Critics have blasted the dismissals as an "affront" to judicial independence.

[RFI] Tunisia's President has sacked 57 judges, accusing them of corruption and protecting terrorists in a purge of the judiciary that comes as he seeks to remake the political system after consolidating his one-man rule.

[Tunis Afrique Presse] Tunis/Tunisia -- The defence group of martyrs Chokri Belaid and Mohamed Brahmi said that some of the defendants in the so-called Ennahdha "secret apparatus" case, including Ridha Barouni and Mustapha Khedher, are on the run and their whereabouts unknown.

75 People Missing, One Dead, After Migrant Boat Sinks Off Tunisia

[Tunis Afrique Presse] Tunis/Tunisia -- Seventy five people were missing after a crowded boat of migrants sank off Tunisia on Wednesday, the International Organization for Migration said and a security official said, as the numbers risking the dangerous crossing to Europe increase.

Focus On Olive Oil as Exports Grow to 60 Destinations Worldwide

[Tunis Afrique Presse] Tunis/Tunisia -- The development of the olive oil sector through improving its competitiveness and its value added was at the heart of the 28th meeting of the Tunisian Council of olive oil in package, held Tuesday in Tunis, in the presence of Minister of Industry, Neila Nouira Gongi.

Volleyball - APR, RRA Teams Off to Tunisia for African Champs

[New Times] Gisagara Volleyball Club will play against Tunisia's Esperance de Tunis in the semifinals of the African Volleyball Championships that take place today at 7pm in Tunis, the Tunisian capital.

[DW] Protesters gathered in Tunis to reject President Kais Saied's rule, blaming him for returning Tunisia to a state of autocratic rule. The New Salvation Front has coalesced several parties to oppose him.

[Tunis Afrique Presse] Tunis -- A few thousand supporters of the Ennahda party, "Citizens against the coup" movement, the "National Salvation Front" and several other political parties rallied Sunday at Habib Bourguiba Avenue in the capital, against President Kais Saied, demanding his removal by waving the slogan "Go out."

[New Times] APR women volleyball club has vowed to reach the semi-final round of the Africa CAVB Africa Women Club Championship, slated in Tunis, Tunisia, from May 19 to June 1, 2022.

[Tunis Afrique Presse] Tunis/Tunisia -- Tunisia fell 21 places to 94th in the 20th World Press Freedom Index. The index is published by Reporters Without Borders (RSF) to assess the state of journalism in 180 countries across the globe. 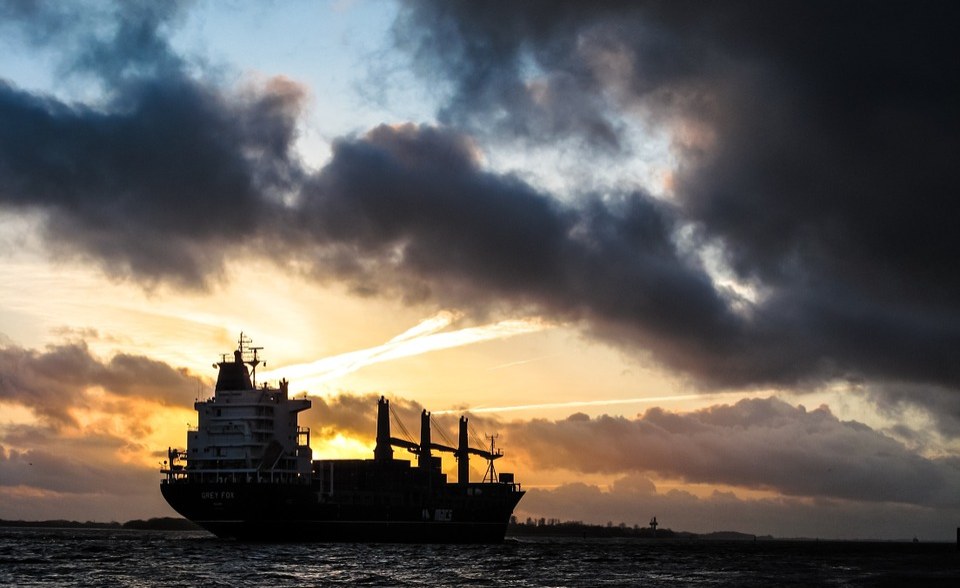 [Tunis Afrique Presse] Tunis/Tunisia -- Diving operations carried out by a team of the National Navy to examine the state of the tanker that sank off Gabes started this Sunday morning, the Ministries of Environment and Transport announced.

Tunisia Covers 54% of Its Drug Needs With Local Industry

[Tunis Afrique Presse] Tunis/Tunisia -- Tunisia currently covers 54% of its drug needs through local industry and is working to reach a rate of 70% in the coming period, said Dr. Mariam Khrouf, Director of Pharmacy and Medicines at the Ministry of Public Health

[Tunis Afrique Presse] Tunis/Tunisia -- Problems of the agricultural sector were at heart of the meeting held Saturday at the Government Palace in Kasbah between Prime Minister Najla Bouden and a delegation of the Tunisian Farmers Union (SYNAGRI) led by its president Midani Dhaoui. 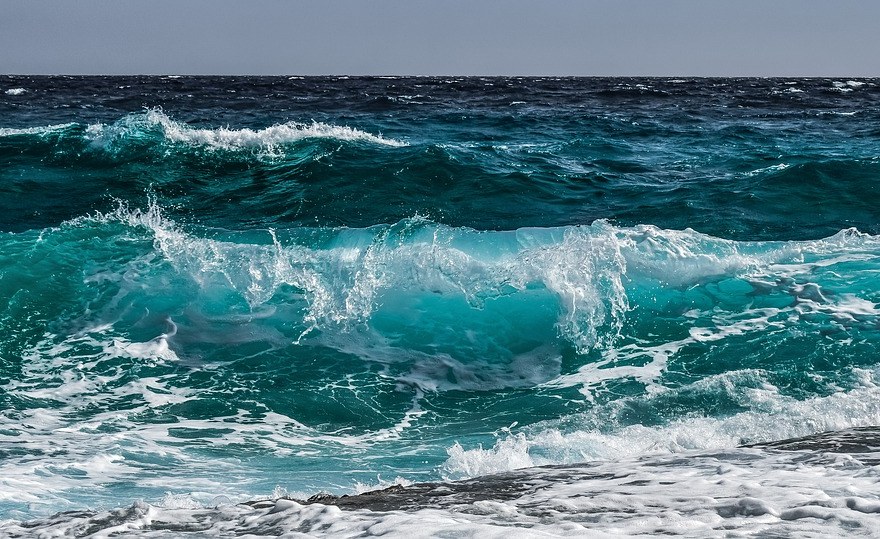 [DW] Tunisian authorities said they are working to prevent an "environmental disaster" after the Equatorial Guinea-flagged ship sank.

IACE Charts Out Way of Resilience After Russian-Ukrainian Conflict

[Tunis Afrique Presse] Tunis/Tunisia -- Tunisia, which is facing a budgetary pressure and lacks additional resources for ambitious resilience programs needs a better national coordination and developing regional programmes to cope with the new shock of supply of raw materials, including grain and energy, caused by the Russian-Ukrainian conflict.

[Tunis Afrique Presse] Tunis/Tunisia -- The Cabinet meeting held Saturday at the Palace of Carthage under the chairmanship of President Kais Saied looked at four draft decree-laws and seven presidential decrees.

[Tunis Afrique Presse] Tunis/Tunisia -- The paint industry in Tunisia, particularly those who continue to manufacture lead-based household paints "do not care about the health of their consumers."

[Tunis Afrique Presse] Tunis/Tunisia -- "Democracy in Tunisia is a settled issue and the upcoming political elections announced by the President of the Republic represent a step towards the consolidation of a solid and sustainable democratic system that meets the aspirations of the Tunisian people and guarantees their rights and freedoms," said Minister of Foreign Affairs, Migration and Tunisians Abroad Othman Jerandi at the end of a meeting held on Thursday with ambassadors of the G7 countries and the European Union ambassador.

Tunisia - A 'Reconciliation' Law That Goes Against Transitional Justice

[JusticeInfo.net] Corruption, tax fraud and misappropriation of public property can now be amnestied in Tunisia. On March 21, President Kaïes Saïed used his expanded executive powers to sign a decree on criminal reconciliation, which adds to a law passed in 2017 under President Béji Caïd Essebsi. But it also angers civil society. 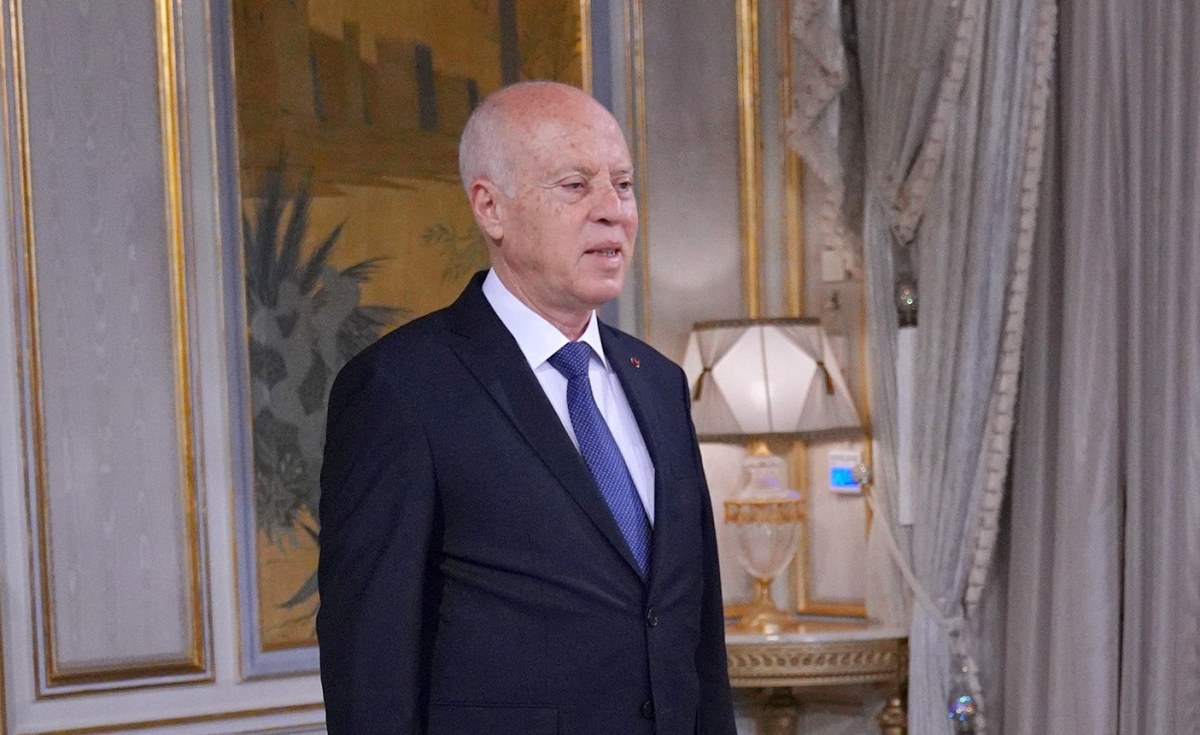 Analysts Warn That Country Risks Drifting Back to Pre-Revolutionary Era

[CAF] Jalel Kadri, the coach of Tunisia, has admitted that his team is in a difficult group at the 2022 World Cup but insists their target is to reach the second round of the tournament in Qatar.