On Monday, a Korean delegation sent by President-elect Yoon Suk-yeol arrived in Japan and met with the Japanese foreign minister to discuss the overall state of relations between the two countries. Th

Blue House to open to public on May 10

The Blue House, which currently serves as the South Korean presidential office, will be opened to the public as soon as President-elect Yoon Suk-yeol’s inauguration ceremony finishes on May 10.Lawmake

Survey results showed that 18.5% of North Korean defectors expressed that they “regret” moving to South Korea.Those who regret settling in the South reported experiencing difficulties due to cultural

President-elect Yoon Suk-yeol has finally broken his silence on the issue of prosecutorial reform, coming out against a bipartisan deal in the National Assembly. His change in attitude is likely conne

President Moon Jae-in repeatedly expressed that after leaving office he “will not play a part in real politics” and “doesn’t want to live a life that draws special attention.” Moon added that “in the

President Moon Jae-in once again expressed his belief that prosecutors should be held in check, saying Monday that “it’s only natural to consider democratic ways to control the prosecution service, as

Why Apple bet big on “Pachinko” - and Korea

Viewers who have seen the Apple TV+ original series “Pachinko” and viewers who haven’t are differentiated by the following: the former are iPhone users while the latter are not. Just like Apple’s soft

[Photo] After 757 days of social distancing, Seoul is back in business

Yoon to commute using shortcut through US military base in Yongsan

For his first month in office, President-elect Yoon Suk-yeol will likely be passing through the US military base on his way to and from his presidential office in Yongsan. The original plan had been f

Attorney Yoo Yeong-ha finished a distant third in a People Power Party (PPP) primary for the Daegu mayoral race, after former President Park Geun-hye endorsed him and acted as the chairperson of his s

A delegation sent by President-elect Yoon Suk-yeol for policy discussions with Tokyo departed on Sunday for a five-day visit to Japan.Many are now watching to see whether the delegation will meet with

[Korea travels] With blossoms from sea to DMZ, there’s nothing like springtime in Korea

In my travels around the world, I’ve been to one country where the spring is exceptionally beautiful.Once the flowers start blooming at its southern border, a wave of all sorts of blossoms moves north

S. Koreans in 30s, 40s are shelling out 30% of disposable income to pay back loans

By Ahn Hee-kyeong, US journalistA woman’s husband is dying, and this is what the doctor says in lieu of consolation: “If you start crying, I’ll kick you out right away. No hugging or kissing. Don’t ev

When it comes to dose 4, which COVID-19 vaccine should you get and when?

Shin, a company employee in their 40s, was recently left wrestling with a dilemma when their 78-year-old mother visited a website to reserve her fourth dose of a COVID-19 vaccine.The reason for their

The South Korean Supreme Court ruled that soldiers of the same sex who have consensual sex in a private space cannot be charged with assault according to the Military Criminal Act. Previously, the Sup

Korean Air has been fined a penalty of over 100 billion won by Russia’s customs authority. The airline announced that it will be filing an administrative litigation challenging the fine.According to w

South Korea’s Democratic Party is taking flak from all sides for resorting to various parliamentary tricks, such as arranging a fake defection from the party, to push through a bill that will strip th

Soaring oil prices have put a damper on South Korea’s trade balance.According to Korea Customs Service figures shared on Thursday, the balance of trade — the value of exports minus the value of import 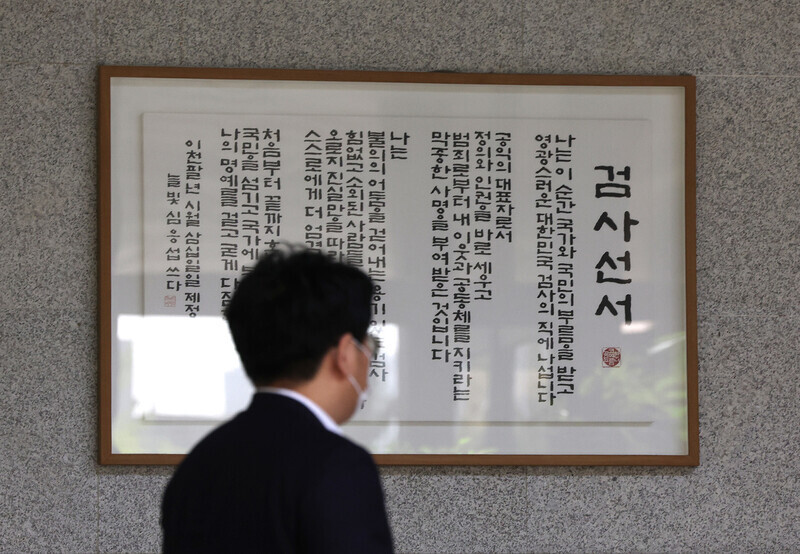 In 1954, a debate was held at the National Assembly to discuss which one of two agencies, the police or the prosecution service, was at a greater risk of becoming fascist. After the debate, the Crimin

Debate surrounding K-pop group BTS members’ military duty is bubbling up yet again. Lee Jin-hyeong, chief communication officer of Hybe, BTS’ agency, brought about another storm when he said during a 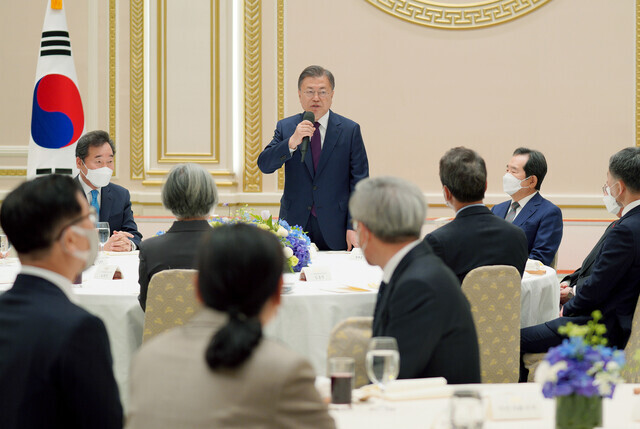 Nearing the end of his term, President Moon Jae-in invited former Cabinet ministers for a luncheon Wednesday. During the gathering, he reiterated his plans to “live as an ordinary citizen without taki 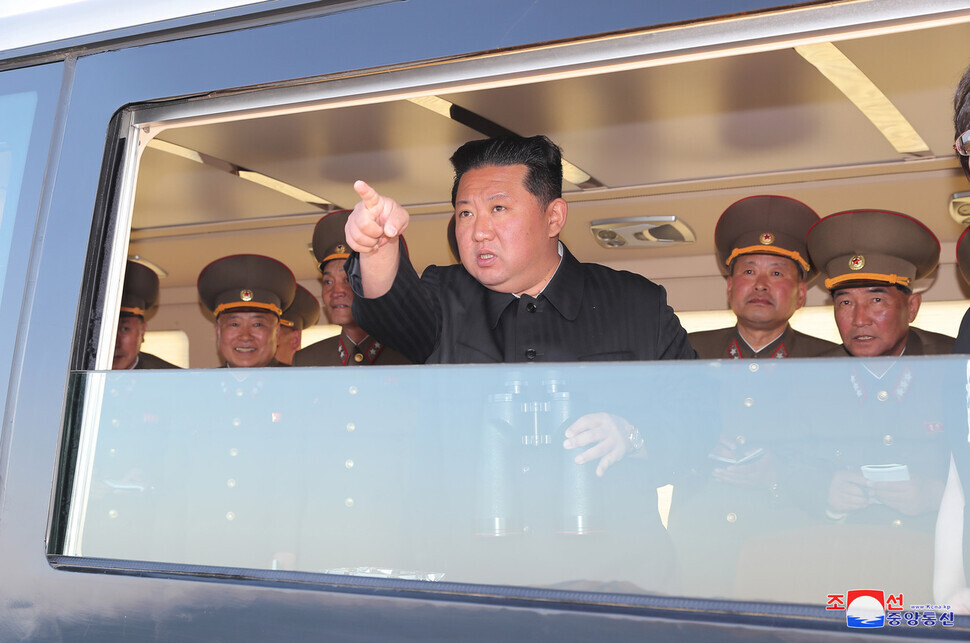 By Min Kyung-tae, professor at the National Institute for Unification EducationThe new presidential administration that takes office in May will have to contend with a situation on the Korean Peninsul 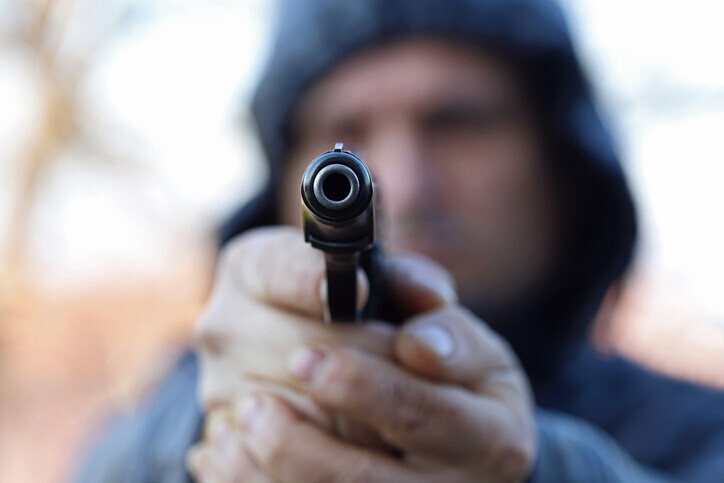 A, a Pakistani international student in South Korea who had been attending a master’s program in Seoul, briefly visited his home country in March 2016 and met B, now his wife, with whom he promised to 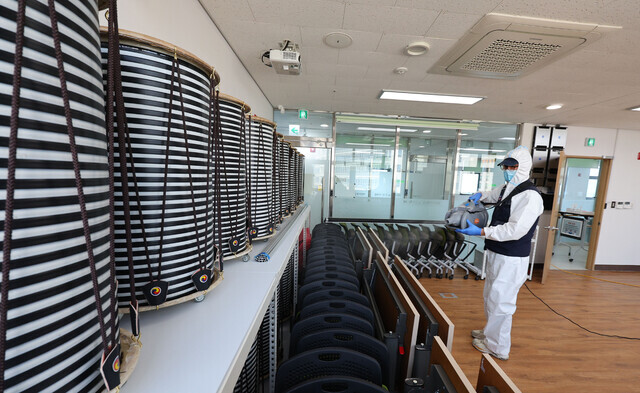 The XE and XM recombinants of the COVID-19 virus’s Omicron variant have been detected in South Korea for the first time.Experts are stressing the need for a close monitoring system, while calling for

By Suh Bo-hack, professor at Kyung Hee University Law SchoolKorea is poised for the advent of a “republic of prosecutors” on a whole new level. That is, a nation in which the president effectively has 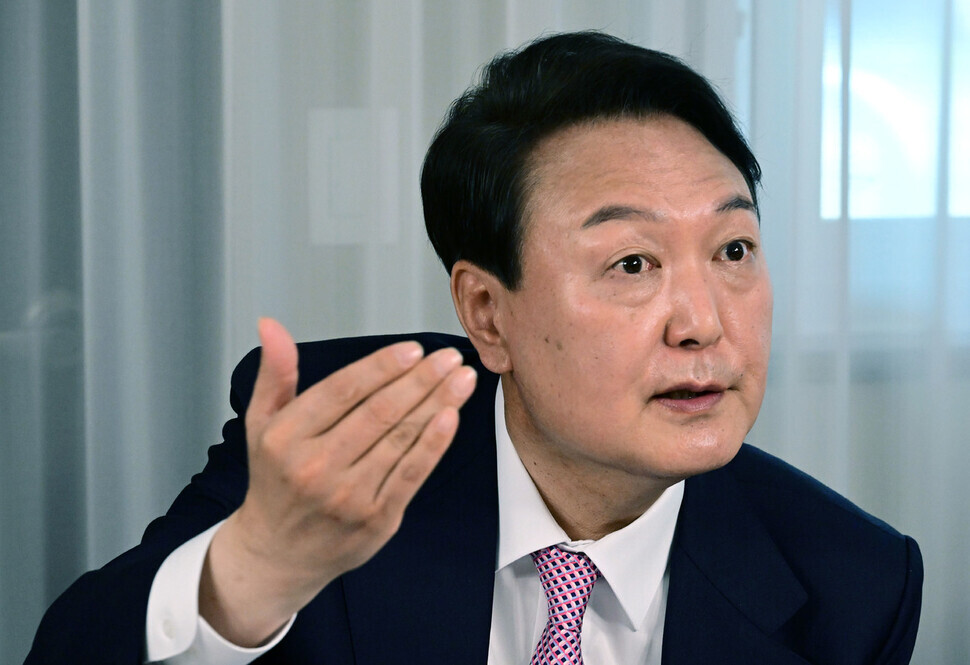 Less than 3 weeks to inauguration, Yoon still hunting for a presidential residence

President-elect Yoon Suk-yeol has abandoned plans to move into the Army chief of staff’s official residence in Seoul’s Hannam neighborhood, citing the excessive renovations that would be necessary.The 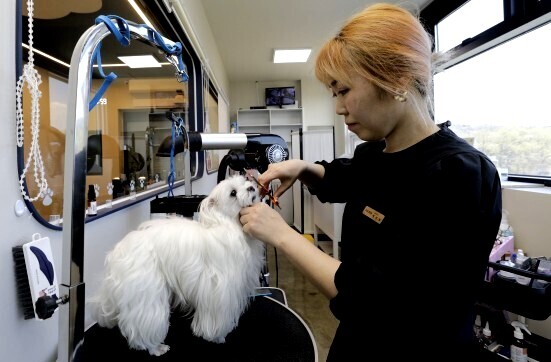 Once denied license due to disability, S. Korean dog stylist opens her own shop

When 44-year-old pet stylist Park Seon-hui hugged a poodle entrusted to her by a customer, the poodle, who at first seemed wary of strangers, quickly began wagging its tail. “Well hasn’t your fur gott 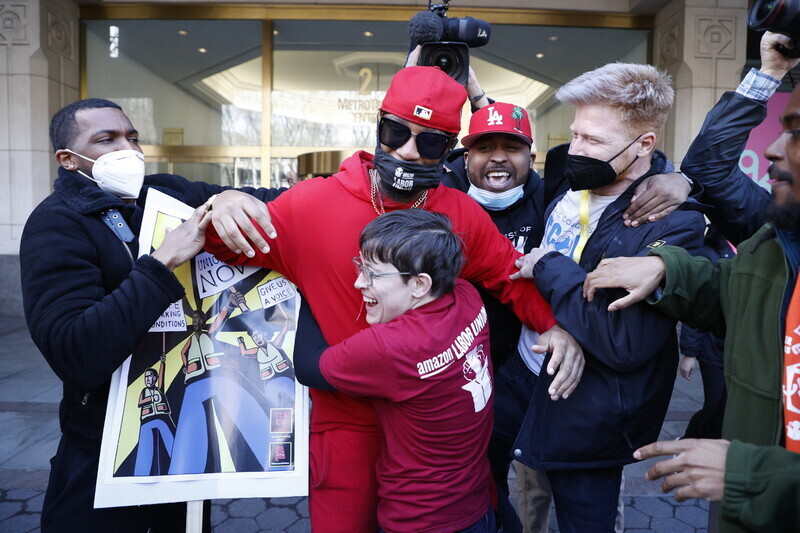 [Column] Amazon and Samsung, and the road that lies ahead for today’s unions

By Jae Jeong-im, dean of Semyung University Graduate School of Journalism“In my 25 years writing about labor, the union victory at the Amazon warehouse in Staten Island is by far the biggest, beating- 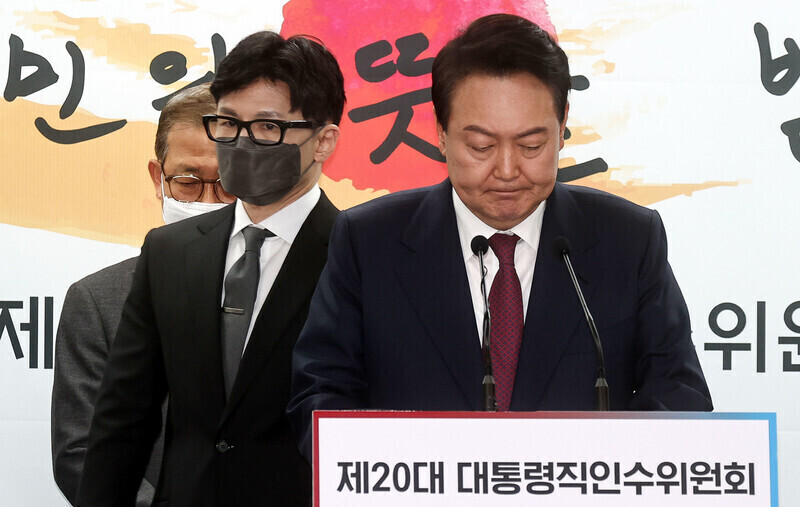 By Seong Han-yong, senior editorial writerAfter he was elected president in 1987, Roh Tae-woo enjoyed an approval rating as president-elect that greatly exceeded the share of votes he garnered in the

Criticism is mounting over President-elect Yoon Suk-yeol’s Cabinet picks, as many of the nominees do not seem to be meeting the public’s standards. Yoon’s team failed to filter out several ministerial 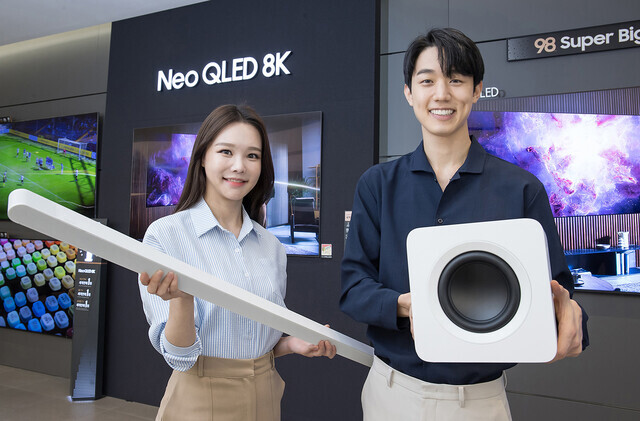 Worries have been growing among Samsung Electronics’ 5.6 million shareholders (as of late 2021) as the company’s stock prices continue to perform weakly despite better-than-expected figures for the fi 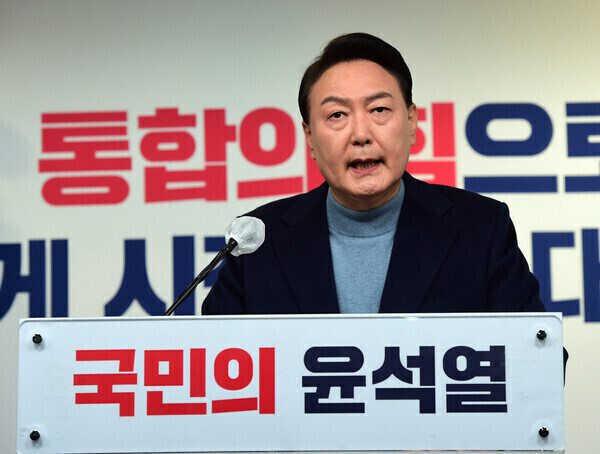 President-elect Yoon Suk-yeol is drawing attention once again for his contradictory responses to questions about gender issues in the foreign press.After describing himself as a “feminist” in a writte

While restrictions on private gatherings and business hours were completely lifted in South Korea on Monday, the daily COVID-19 caseload in the country continued to drop, falling to the 40,000s for th

By Wang Hsin-Hsien, professor at the Graduate Institute of East Asian Studies at National Chengchi UniversityThe war between Russia and Ukraine is dragging on. Instead of progressing at lightning spee

Why S. Korea’s prosecutor general is tendering his resignation now

The surprise notice of resignation of South Korean Prosecutor General Kim O-su, who had previously declared his intention to finish out his term “according to the law and principles” even under pressu

Mandate or not, some S. Koreans say they’d rather keep their masks on

Social distancing measures have come to an end in Korea as of Monday, and disease control authorities have revealed that they’re discussing whether to lift the outdoor masking mandate in two weeks’ ti

South Korean President-elect Yoon Suk-yeol will be sending a delegation to Japan to discuss policy next week. Japan will be the second country Yoon has sent an envoy to, the first being the US. While

[Korea travels] Tongyeong: Come for the cherry blossoms, stay for the art festivals

With a population of just over 120,000, Tongyeong is a port city and city of art located in South Gyeongsang Province.It is famous for having produced such renowned artists as the novelist Pak Kyong-n

With the continuing COVID-19 pandemic, the vacancy rate in Myeongdong has reportedly surpassed 50%. Vacant stores were nowhere to be found in the area in 2019, but due to social distancing measures th

Caught Omicron? Here’s what you can do to manage the pain

The Omicron wave of the COVID-19 virus has represented a shift in the dominant disease control paradigm from that of “zero COVID” to that of “living with COVID.” China’s zero-COVID regime operates und

President-elect Yoon Suk-yeol’s choice of Han Dong-hoon as his justice minister nominee is prompting criticism from those within the People Power Party and the larger conservative camp, who are callin