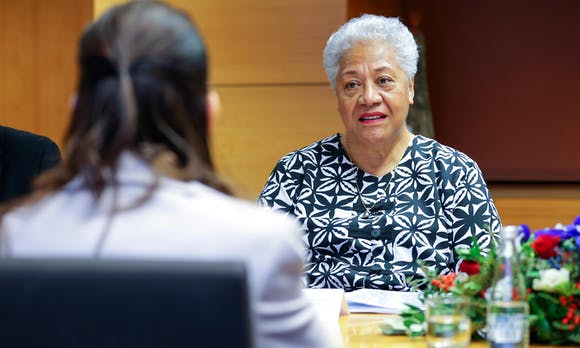 Gender Equality in the Pacific: Less Talk and More Action

Pacific women leaders are driving for change, and economic empowerment is key. Taiwan has one of the lowest GDP growths since 1995 among emerging economies. This is not going to change if wages don’t grow.

Beijing’s official policy has remained ambiguously in support of the Russian cause, but against its consequences.

Insights From Africa As China Stumbles in the Pacific

Investment, infrastructure, and influence building – what worked for China before may not again elsewhere.

Books on martial law have been selling fast in the weeks after Marcos Jr. was elected president over fear that these will be banned or purged. Activists are making a case to the city city government why these cemeteries are valuable heritage resources through their survey.

Thailand Seeking to Profit From a Global Food Crisis

The war in Ukraine has highlighted weaknesses in Thailand’s policymaking and prompted cartel behavior … again.

To What Extent Do South Koreans Perceive North Korean Cyberattacks as a Threat?

A recent survey of South Koreans indicates that cyberattacks are viewed as a threat comparable to nuclear weapons, particularly among the elderly.

Survivors of martial law in the Philippines gathered in the wake of the restoration of the Marcos family to power. They fear a return of the worst abuses from the era.

The opposition alleged a number of polling stations restricted access to onlookers, closing the doors and windows of stations from scrutiny. A party described the election as the “worst in history.” Conservative attitudes towards the concept of family and a lack of legal rights for LGBTQ+ members of society make adopting in a child a difficult task in Japan.

A Flare up in China’s Deliberate Pattern of Aggression

The intercept of an Australian patrol over the South China Sea escalates a “grey zone” conflict to a dangerous level.

During this era of digital technology, &quot;computing power&quot; will become the most important &quot;Energy&quot; for the industry. In the future, GARAOTUS will work together to go international by forming alliances with strategic partners in these seven industrial fields. Biden administration officials said the U.S.-Taiwan deal would boost bilateral digital and clean energy trade and that the two partners would open talks to further technology trade and investments. With Beijing’s New Envoy Lu Kang in Jakarta, What’s Next for Its Ties With Indonesia?

Indonesia’s upcoming general election in 2024 would be a “testament” to Lu’s ambassadorship, experts...

China’s reliance on the West and its capacity to withstand sanctions will be reduced if it has more control over the financial system. While it is working towards becoming less economically dependent on the West, it is not there yet. 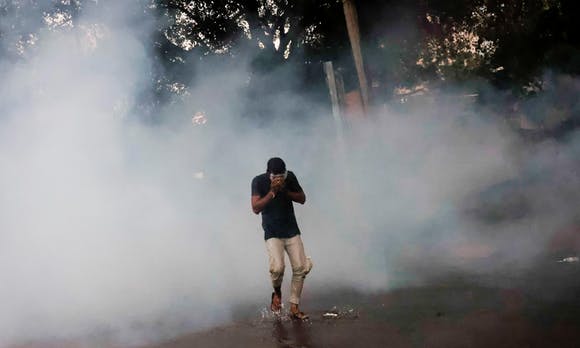 Why Young Protesters in Sri Lanka Are Wary of Traditional Politics

Sri Lanka is facing one of the worst economic crises in recent decades, triggering public anger and mass protests, which have fostered unity across ethnic and religious lines. 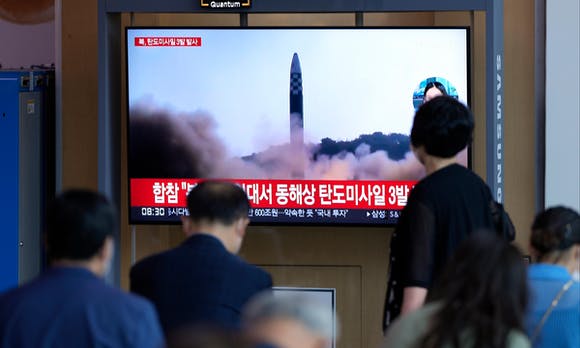 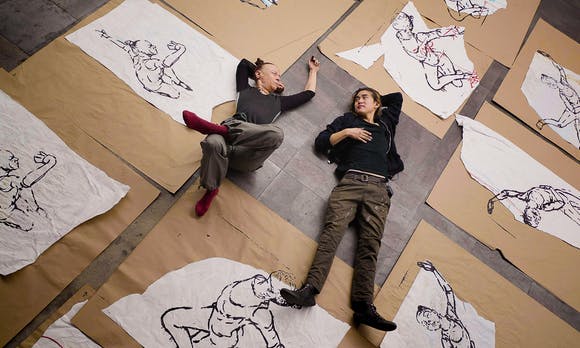 Two completely dissimilar people bond over a common project. The result is a radical story of artistic creation.

Some say the rumors are meant to spread a false hope that the CCP could solve the legitimacy crisis of the authoritative political system. 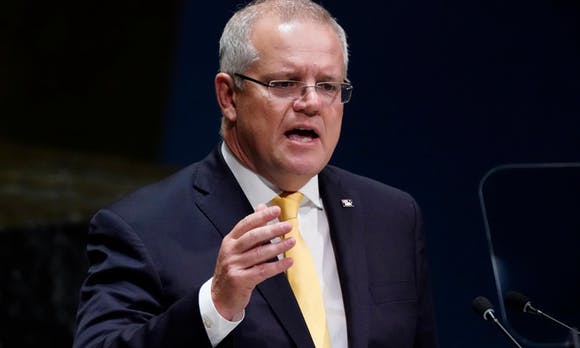 China: The Morrison Legacy and Beyond

Labor is expected to persist with most of the Coalition’s foreign and defense policies. But useful changes can be made. 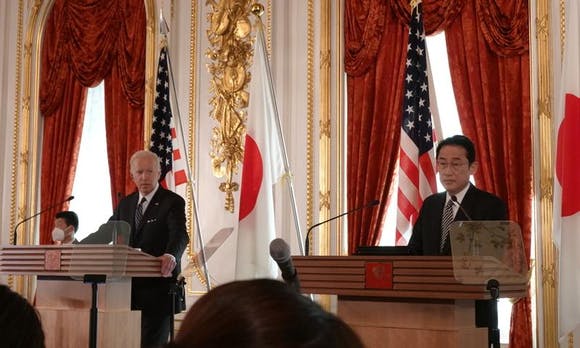 ‘Quad’ Talks in Japan Open With Eyes on China and Ukraine

Leaders from the U.S., Japan, India, and Australia are in Tokyo looking to bolster the Indo-Pacific group of major democratic nations. Although China is the Quad’s long term focus, Ukraine’s sure to feature on the agenda.

World Journal said it did not report on the contents of the mailed materials, instead turning them over to Orange County police for its investigation. 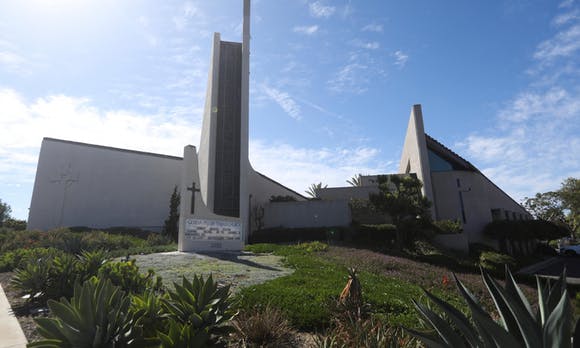 Who is Taiwanese? : A Taiwanese American Christian’s Response to the Irvine Taiwanese Presbyterian Church Shooting

We are a complicated people with so many backgrounds, stories, and ways of understanding identity. We are all a part of Taiwan, whether we call ourselves Taiwanese or not.

Kao Chia-yu frames her rise as that of a self-made actor against established forces. The story begins in her college years. This is the second part of a three-part essay on Kao and the world that made her.

Why has Pyongyang suddenly fessed up to an outbreak after years of insisting the virus has been held completely at bay?

An investigation has found that European researchers have cooperated with China's National University of Defense Technology, whose purpose is to “Strengthen the Armed Forces and the Nation.”

US Strongly Advocates for Taiwan to Regain WHO Status

The State Department’s renewed support for Taiwan comes days after U.S. President Joe Biden signed into law a bill that directs the secretary of State to develop a strategy to regain observer status for Taiwan in the WHO. 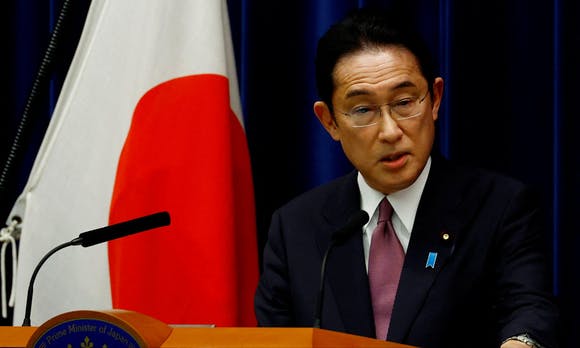 As a key U.S. ally in East Asia, Japan is debating the introduction of legislation to ready itself to deal with a contingency scenario in Taiwan, a defensive response rather than a proactive military strategy.

What a Marcos Jr Presidency in the Philippines Means for Geopolitics

The Philippines might be Asia’s oldest democracy, but the continued appetite for strongman rule demo...

The Death Penalty Makes Us Forget Our Humanity. Don’t Let It.

When fighting against the cold machinery of death, we must all the more cling on to empathy and care for one another.

Analysts say the slowdown is attributable not only to China’s Covid policies but also to a crackdown on private enterprise, especially in the technology sector.

[Audiovisual] Organizing hundreds of thousands of aerial images and footage is like an marathon: the Digital Archive program by Chi Po-lin Foundation SPONSORED

“Speak out for the environment through images” is what Director Chi had been committed to throughout...

Taiwan’s Lost Growth (Part 1): How Far Has Taiwan’s Economy Fallen Behind Other Countries Due To Stagnant Wages?

When wages don’t grow, household expenditures and ultimately business profits stagnate as well. Here’s how this has played out in Taiwan. 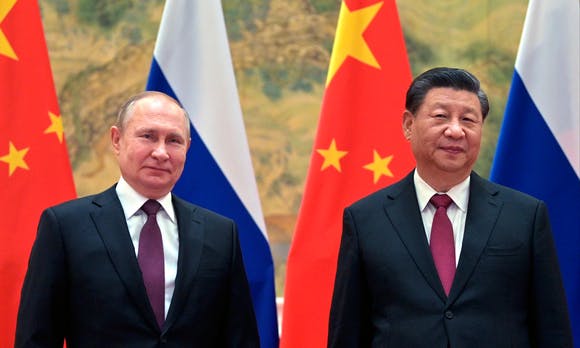 How Russia and China Exploit History to Further Their Interests

The arbitrariness in the way they deal with their own national history helps Chinese President Xi Jinping and Russian leader Vladimir Putin secure power and justify their policies.

In the Q4 of 2021, Taiwan's total viewing minutes on the overall OTT platform reached 45 billion minutes. Youtube still has the highest viewing proportion, accounting for 63%.The share of subscription-based video platform services (SVOD) increased from 10% in the third quarter to 16% in Q4, mainly due to the growth of Netflix and the addition of Disney+. The three major platforms, Netflix, iQiyi ...

To establish regular, open contact with ASEAN would be a big win for the National Unity Government, which is struggling to show control on the ground and has started to fade from the international spotlight.

Is This the End of Duterte’s Politically-driven War on Drugs?

The two current leading candidates for president aim to not be labelled “soft on crime,” but wish to de-emphasize what has clearly been a brutal crackdown that has alienated a growing part of the population.

Who Are the Young Self-immolators in Tibet?

Beijing has been quietly sinicizing Tibet, and young Tibetans are showing their resistance to the policy with their lives.

The Richest Man in the Philippines Is Taking Over the Country’s Water. These People Are Out To Stop Him.

Manny Villar, a billioniare, is behind an effort to privatize water supplies throughout the Philippines with the company Primewater Incoporated. Citizens, unions, and political leaders are organizing against it.

Survey: Over 40% of netizens follow eSports to fuel the economy

The world-famous eSports, League of Legends Season 11, ends on Nov. 15, and the eSports carnival 2021 is held at the end of November. Although eSports has been considered not a sport by many people, it led to economic growth over the past few years. 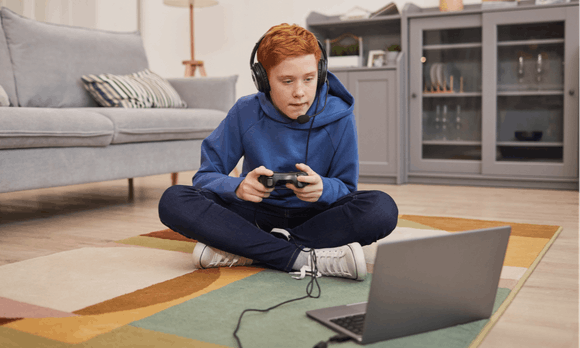 Pandemic Has Increased the Interest in Game Streaming Service

According to the latest survey result, 65% of participants were aware of cloud games and willing to pay NT$700 for the GaaS subscription. Sony PlayStation Now, Xbox Cloud Gaming, Google Stadia, and NVIDIA GeForce Now lead the market, but the services they provide are varied. How do the players choose their suitable cloud games?

Marcos’s popularity is based on the nostalgia of alleged prosperity and the “golden age” of Filipino...

In the 4th Financial Times Asia-Pacific Top 500 High-Growth Companies Selection, the technology industry accounted for the highest number of finalists. At the same time, there were only 14 media organizations shortlisted, with The News Lens featured as the only one from Taiwan. 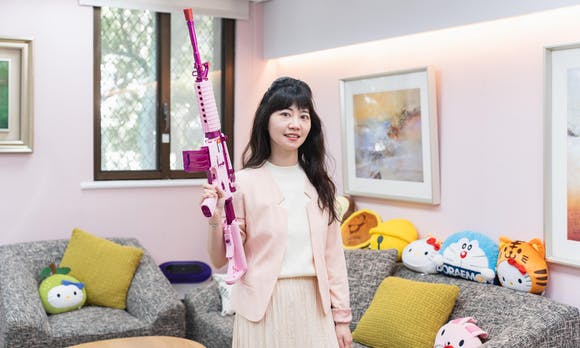 Kao Chia-yu, one of Taiwan’s highest profile political leaders, is a constant subject of sensationalist media attention. What hasn’t been explored in depth is her background, values, and how she came to her position. This is the first part of a three part essay on Kao and the world that made her.

Nearly a third of goods leaving the Port of Shanghai are held up due to a strict lockdown. The delays are set to exacerbate a supply chain crisis that has caused shortages and price rises across the world.

‘Snipers’ is an unapologetic Chinese patriotic melodrama. It’s not for everyone, but there were time...