The post Chidzambwa tips Marshall Munetsi as the next Warriors captain appeared first on Nehanda Radio.

Eleven newborn babies have died in a hospital fire in the western city of Tivaouane in Senegal, the country's president has said.

Zanu PF has shut its doors on exiled former minister Saviour Kasukuwere, accusing him of being arrogant and disrespectful to party leader President Emmerson Mnangagwa.

Preparations for the 11th Zimbabwe Achievers Awards UK edition are well underway, with hosts and entertainment confirmed for the Awards Dinner Gala set for Saturday 28 May in Birmingham.

North Korea fired three ballistic missiles early on Wednesday morning, South Korea's military has said. Authorities in Seoul said the missiles were fired in the space of less than an hour from the Sunan area in Pyongyang. It comes just a day after US President Joe Biden left the region, following a trip that saw him vowing to bolster measures to deter North Korea.

Nineteen young children and two adults have died in a shooting at a primary school in south Texas. The gunman opened fire at Robb Elementary School - which teaches children aged seven to 10 - in the city of Uvalde before he was killed by law enforcement, officials said.

Luke-ing the Beast in the Eye: Africa Day: Is our continent rising?

Luke Tamborinyoka: "Today is Africa Day; that great day when we revel about our beloved continent and its people. As a football fan, I am proud that two great African sons Sadio Mane and Mohammed Salah who have dazzled the world with their sublime football skills in the English Premiership, will be yet again showcasing their talent when their Liverpool team clashes with Real Madrid in the European Champions League Final 72 hours from today."

The post Luke-ing the Beast in the Eye: Africa Day: Is our continent rising? appeared first on Nehanda Radio.

The post Luke-ing the Beast in the Eye: Africa Day: Is our continent rising? appeared first on Nehanda Radio.

The City of Harare has begun paying US$22 000 a day to Geogenix B.V, a shadowy company linked to President Emmerson Mnangagwa’s son Collins and family friend Delish Nguwaya for waste management in the capital city.

The post Harare City starts paying US$22 000 a day to company linked to Mnangagwa’s son appeared first on Nehanda Radio.

After investigations, Nehanda Radio established that the City of Harare dribbled past the Procurement Regulatory Authorities of Zimbabwe (PRAZ) and appointed Grant Thornton a South African consultancy firm to do a feasibility study of the project. A source close to this publication revealed that it was July Moyo who ordered the city to choose Grant Thornton and then corruptly write to PRAZ in order to legalise the deal. But PRAZ refused.

ZTV drama series actor David Kanduna has been fined $3000 (about USD$10) by a magistrate for cyber bullying and could possibly face 20 days in prison if he fails to pay the money.

Castle Lager Premier Soccer League giants Dynamos and Highlanders' principal sponsor Sakunda Holdings are reportedly concerned at the turmoil at both clubs following the sacking of coach Mandla Mpofu and the suspension of his counterpart Tonderai Ndiraya.

Zimbabwe and Botswana say they are ill-equipped to deal with poachers without the money from ivory sales, especially because earnings from tourism have dwindled due to COVID—19 related travel restrictions since 2020.

The DR Congo is notoriously corrupt. It ranked 169th out of 180 nations on Transparency International's 2021 Corruption Perception Index.

Thousands attended the funeral Tuesday of an Iranian Revolutionary Guards colonel who was shot dead in Tehran in what authorities have dubbed an "assassination" by agents of the United States and its allies.

The Confederation of African Football (CAF) has officially disqualified Zimbabwe and Kenya from participating in the upcoming Africa Cup of Nations 2023 qualifiers.

Mbizo MP Settlement Chikwinya has dedicated his victory in the March 26 by-elections to the Citizens Coalition for Change (CCC) supporter, Mboneni Ncube, who was killed at a rally in Kwekwe by 'Zanu PF thugs'.

Speaking at the funeral of her predecessor Mpho Moerane, who died on Wednesday of injuries sustained in a car accident, Phalatse said if statistics were anything to go by, there were fears she could be the next mayor to die.

The post ‘I will not die prematurely’ — Joburg mayor Phalatse on fears she may be next appeared first on Nehanda Radio.

The Foreign Press Association slams media outlets for using images of black people alongside stories of the #Monkeypox outbreak in US, UK

This past week a handful of cases of Monkeypox were detected in Britain, Portugal, Spain and the US, with cases rising in the latest virus to consume the world.

The post The Foreign Press Association slams media outlets for using images of black people alongside stories of the #Monkeypox outbreak in US, UK appeared first on Nehanda Radio.

The post Multiple arrests in SAPS and ZRP joint anti-crime blitz in Musina and Beitbridge appeared first on Nehanda Radio.

Five people have been rescued and emergency workers have been digging through rubble to find survivors.

The highly scrutinised six-day trip by High Commissioner Michelle Bachelet will begin Monday, with stops in the cities of Urumqi and Kashgar in Xinjiang, as well as Guangzhou in southern China, the UN announced Friday.

Since seizing power last year, the Taliban have imposed a slew of restrictions on civil society, especially on women and girls to comply with the group's austere brand of Islam.

Kaizer Chiefs draw and miss out on Africa next season

Chiefs, the most successful and popular club in the republic, cannot finish higher than fourth and only the top three in the league qualify for the 2023 Confederation of African Football (CAF) competitions.

The post Kaizer Chiefs draw and miss out on Africa next season appeared first on Nehanda Radio.

Zim Morning Post can reveal that the tales around the Zimbabwean arts sector keep orbiting around hobosexuality as the 30 year old has followed precedent set by veteran musician Dino Mudondo.

“We have established that some members of the business community were involved in fuelling the parallel market thereby destabilising our local currency,” Mnangagwa said at the Political Actors Dialogue (Polad) plenary meeting at State House in Harare on Thursday.

She was denied bail after the presiding magistrate ruled she was a potential risk.

Zimbabwe’s Ministry of Industry and Commerce has to this effect appointed EAA Company Limited (EAA) as an inspection company for a Pre-shipment Verification of Conformity (PVoC) program for the roadworthiness of used vehicles exported to Zimbabwe.

Dynamos FC have announced the "temporary suspension" of their head coach Tonderai Ndiraya in a statement seen by Nehanda Radio.

Warriors midfielder Marshall Munetsi has extended his stay in France by renewing his contract with the French Ligue 1 side Stade de Reims, the club has announced.

First Mutual subscribers of the health insurance service paying their premiums in Zimbabwean dollars might not get treatment from some of its health facilities as the local currency continues to crumble.

The 2018 World Cup winner, 23, had been heavily linked with a move to Real Madrid but has committed his future to the French champions.

The post Kylian Mbappé decides to stay at PSG instead of joining Real Madrid appeared first on Nehanda Radio.

Lack of diamond scanners and training fuelling smuggling at borders

Lack of diamond scanners at airports and officials training at border posts is fuelling smuggling as Zimbabwe loses millions in mineral revenue to smuggling and externalisation.

Shabanie to return to league games in 2023

He assured the team’s legion of supporters in Zvishavane that the team has not collapsed. Shabanie which shook the premier league between 2001 and 2017 dropped out of competitions when the season began mid-February this year after it failed to raise affiliation fees.

The post Shabanie to return to league games in 2023 appeared first on Nehanda Radio.

Exiled former cabinet Minister Jonathan Moyo has claimed that the opposition Citizens Coalition for Change (CCC) party is "heavily infiltrated" by the Central Intelligence Organisation (CIO), who are persuading it not to hold an elective congress.

Mr Musk is the world's richest man, according to Forbes magazine, with an estimated net worth of $273.6bn mostly due to his shareholding in electric vehicle maker Tesla which he runs. He also leads the aerospace firm SpaceX.

A mother who killed two of her children when she crashed into a lorry while drink-driving has been jailed for more than four years.

ZACC recovered only one house since 2019, blames lack of expertise

The Zimbabwe Anti-Corruption Commission (ZACC)'s Asset Recovery Unit only recovered only one house since its inception in 2019. This was revealed by ZACC chairperson Loyce Matanda-Moyo during the official opening of the financial investigations and asset recovery facilitated by International Centre for Asset Recovery (ICAR) in Harare.

The post ZACC recovered only one house since 2019, blames lack of expertise appeared first on Nehanda Radio.

Zimbabwe's main opposition leader Nelson Chamisa has congratulated pro-European centrist Emmanuel Macron for winning a second term as French President. Macron has become the first leader to win re-election in France for 20 years, after a bruising campaign in which he beat the far-right’s Marine Le Pen by a decisive 58.2% to 41.8%, according to initial projected results.

A Japanese woman certified the world's oldest person has died at the age of 119, local officials said Monday.

Emmanuel Macron has won five more years as France's president after a convincing victory over rival Marine Le Pen, who nevertheless secured the far right's highest share of the vote yet.

Zimbabwe’s largest business group has warned that the economy faces collapse if the government insists on foisting the rapidly weakening local currency on the market when it is obvious that it is no longer viable.

The post ‘Zimdollar on the brink’ appeared first on Nehanda Radio.

A Chinese national is currently held at Khami Prison awaiting deportation after he leaked his illegal immigration status during a newspaper interview.

The State’s first witness, a police photographer, is expected to give evidence in the high-stakes murder trial which has not been solved for almost eight years now. 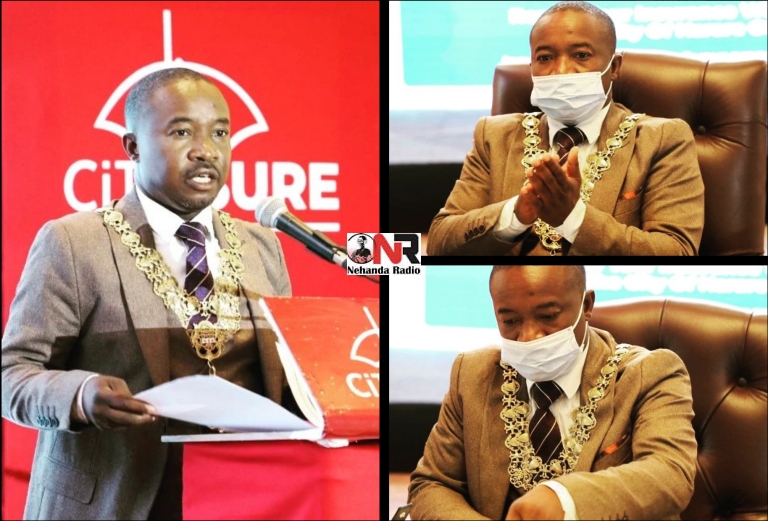 Harare Mayor Jacob Mafume has slammed Local Government Minister July Moyo for issuing an "unlawful" directive that will not allow mayors, chairpersons and committees to be changed despite the huge shift in configuration after the by elections. "He is either ill-advised, wrongly advised or it is a challenge of putting people who are past their retirement age in positions," Mafume castigated Moyo. 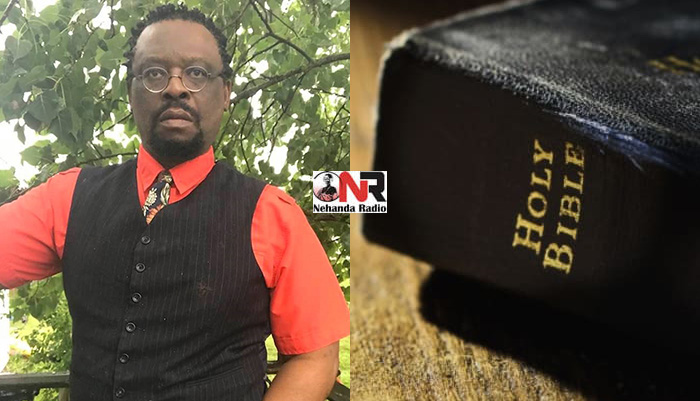 The church ceases to be prophetic when it becomes partisan – Chikosi

The price for political access is never cheap. The cost of political access for church leaders is usually uncritical support and total alignment with the political status quo. Politics is an “all or nothing” game. You are either with us, or against us. “Choose ye this day whom ye will support, us or them.”

Total alignment to a political order by church leaders usually comes with a compromised ability to speak truth to power. The preacher, pastor or prophet begins to speak FROM politics rather than TO politics.

The post The church ceases to be prophetic when it becomes partisan – Chikosi appeared first on Nehanda Radio. 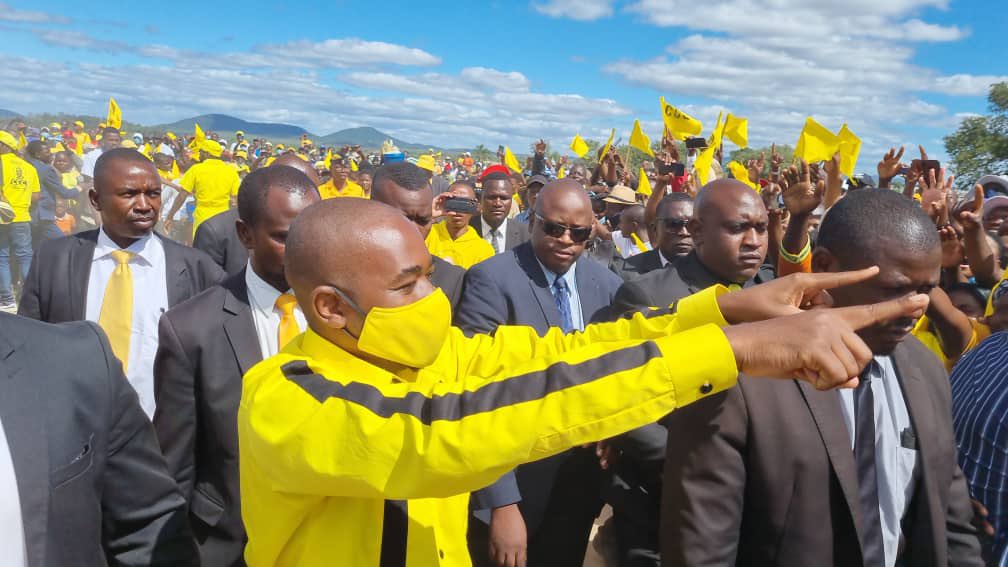 The police on Thursday blocked the Citizens Coalition for Change (CCC) meeting which was addressed by Nelson Chamisa in Chitungwiza and arrested the organiser of the event. 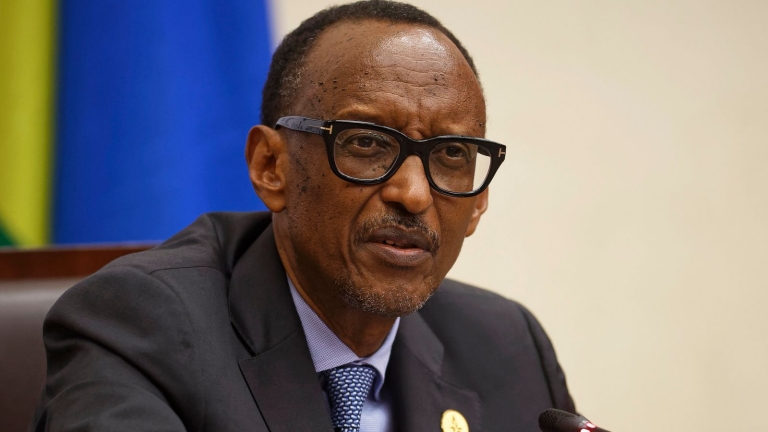 Rwandan President Paul Kagame said Kigali was not "trading in human beings" when it agreed to a controversial deal allowing Britain to send migrants and asylum seekers to his country.