[RFI] Using an innovative, 21st-century way to destroy a centuries-old problem, scientists at the Malawi Liverpool Wellcome Trust use drones to map out where mosquitoes breed in an effort to identify and destroy malaria-causing mosquitoes.

[Nyasa Times] Partners In Health (PIH) has partnered with Word Vision Malawi (WVM) in the distribution of financial and material packages to survivors of Cyclone Ana in Chikwawa district.

[Nyasa Times] Tobacco volumes have reportedly improved at Lilongwe Auction Floors, with the auction side of the sales laid 902 bales while the contract side with 5,577 as of April 22, 2022.

[Nyasa Times] A revolution can be defined as a radical change in the established order. Revolutions typically happen when dissatisfied citizens conclude that government institutions have failed or no longer serve their intended purpose. As a result, people take matters into their own hands, and when they do, there is no telling how it will end.

[Nyasa Times] President Lazarus Chakwera says he is deeply sorrowful and sad over devastating loss of lives and property as a result of torrential rains and floods in KwaZulu Natal in South Africa.

[Nyasa Times] The Department of Climate Change & Meteorological Services alerts the public that there a tropical depression which has developed in the Indian Ocean and is currently in the Mozambique Channel -- whose weather models were indicating that the depression would intensify and strengthen further into a moderate Tropical Storm in next 24-36 hours as of Saturday, April 23.

Chakwera to Preside Over Mozambique-Malawi Power Interconnector in Tete

[Nyasa Times] Malawi President Dr. Lazarus McCarthy Chakwera is expected to travel to Mozambique tomorrow, Thursday April 21, 2022, where he will preside over the launch of the Mozambique-Malawi Power Interconnector in Tete, Nyasa Times has confirmed.

[MBC] President Dr Chakwera says the signing of the Nacala Development Corridor Agreement, the Railway Agreement and the Road Transport Agreement between Mozambique and Malawi will boost economic operations in the two countries.

[AIM] Maputo -- Matambo (Mozambique), 21 Apr (AIM) - Mozambican President Filipe Nyusi said on Thursday that laying the first stone for the regional electricity interconnection between Mozambique and Malawi is a historic landmark in that the two countries will become relevant actors in the energy market of the Southern African Development Community (SADC).

[Nyasa Times] The Minister of Energy Ibrahim Matola has assured Malawians of minimal load shedding despite the decommissioning of the diesel-powered generators from AGGREKO.

[Nyasa Times] The Malawi Police Service (MPS) has arrested, without mercy, suspects that were terrorising road users between the central and southern region in Ntcheu district by blocking the road at night and smashing their vehicles to become illegal owners of their valued possessions.

[Nyasa Times] Public Accounts Committee (PAC) of Parliament says it will seek audience with Afrobarometer on the issue of corruption in the country.

[MEC Malawi] The Malawi Electoral Commission will hold public hearings from 11 April to 23 May, 2022 across the country to get feedback from the public on the preliminary boundaries for wards and constituencies.

[Nyasa Times] Christian Health Association of Malawi (CHAM) has expressed delight with the success it has registered in the implementation of the Family Planning Advocacy Initiative in Nkhata Bay district.

[Nyasa Times] There have been many occasions when Malawians in diaspora and their relations back home teamed together to mobilize funds to repatriate their deceased loved ones for a dignified funeral and burial back in the dear motherland.

[Nyasa Times] The Malawi Police Service (MPS) has accepted there is corruption within the service but said more is being done to deal with the vice.

[Nyasa Times] Government is planning to coordinate the implementation of the secondary cities program in the country, the Minister of Local Government, Blessings Chinsinga, has disclosed. 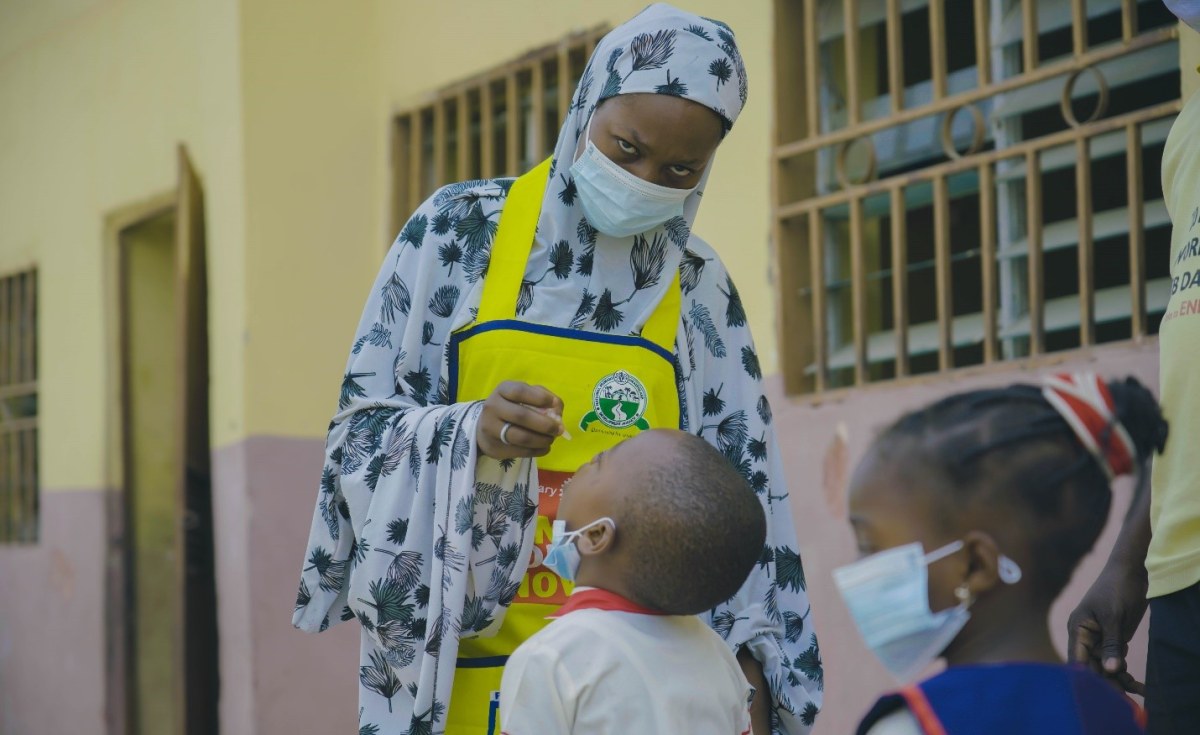 [IPS] Blantyre, Malawi -- One polio case is one too many, global health experts say. 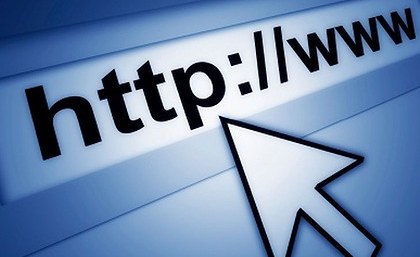 [VOA] Blantyre -- The Media Institute of Southern Africa in Malawi (MISA-Malawi), a watchdog group, has accused the Malawi Police Service of hacking a website for the Platform for Investigative Journalism. The accusation comes after the media organization said Thursday that its website was compromised. Police have denied the allegation, saying the group lacks evidence.

[Nyasa Times] President Lazarus Chakwera has told Cabinet ministers and Members of Parliament that his government will not shield any person involved in corruption.

[Nyasa Times] Officials from Lilongwe Water Board say the board is overwhelmed with applications for free water connections just days after government announced the initiative.

[Nyasa Times] Catholic church authorities have closed down a church in Blantyre after a release of what church officials say a disrespectful music video which was shot from the church.

[Nyasa Times] Government says an investigation report on the controversial K22.6 billion kwacha COVID-19 funds will be out this month-end.

[Nyasa Times] Malawi Communications Regulatory Authority (MACRA) is on a campaign to sensitise the general public that they should make sure the buses and other motorists they use as courier to send parcels and packages to various destinations have a certificate of registration from MACRA.

[Nyasa Times] Civil society organisation in Malawi have accused a High Court and Supreme Court of Appeal judges for suspected shielding of corruption actors in the procurement scandal that favours a criminalised bidder from Switzerland.

[Nyasa Times] Football Association of Malawi's (FAM) decision to fire coach Meck Mwase and replaced him with technical director Romanian Marian Mario Marinica has backfired with a deluge of criticism at the executive committee.

[Nyasa Times] Southern Region Water Board (SRWB) can now start a water project at Nkhudzi Bay in Mangochi after the Supreme Court in Blantyre on Monday stayed an injunction stopping the construction of the Nkhudzi-Bay Mangochi Water Project.

Committee Says Most MPs Are Ignorant About Mining Laws

[Nyasa Times] Chairperson of the Natural Resource and Climate Change Services Committee of Parliament, Werani Chilenga, has disclosed that majority of the members of Parliament (MPs) do not have any knowledge about the laws governing mining and the extractive industry.

[Nyasa Times] Trial of 12 suspects, who include a Catholic priest, a clinical officer and a police officer, accused of murdering a person with albinism in Machinga is expected to delay further following a High Court order in Zomba to begin judicial review proceedings on the Director of Public Prosecutions' failure to discontinue a case against the suspects.

[Nyasa Times] Dozens of smallholder farmers last Tuesday converged at CAT-Bunda Smart Farms at the Lilongwe University of Agriculture and Natural Resources (LUANAR) to learn how use of new and improved crop varieties can enable them beat hunger while at the same time mitigating negative effects of climate change.

[Nyasa Times] The Minister of Trade and Industry Mark Katsonga Phiri has made a desperate call to the producers and suppliers of edible cooking oil to reciprocate the removal of 16.5 percent value added tax (VAT) on the product with reduction in prices.

Government Tells People Not to Panic Over Fuel Shortages Reports

[Nyasa Times] Minister of Energy Ibrahim Matola says people should not panic over reports of fuel shortages, saying the country has enough fuel in strategic reserves.

[Nyasa Times] Nsanje District Council has approved the construction of a tollgate at Sorgin Trading in the district, drawing criticism from Nsanje Lalanje law maker Gladys Ganda who says a tollgate should not be a priority in the district.

[Nyasa Times] Lilongwe residents have suggested that Lilongwe City Council should be conducting regular town hall meetings in order to addressing problems of mistrust and misunderstandings between duty-bearers and services users.

[Nyasa Times] World Bank Country Director for Zambia, Malawi, Tanzania and Zimbabwe, Mara Warwick, has commended the Malawi Government for the progress made in the implementation of Agriculture Commercialization Project (AGCOM).

[FrontPageAfrica] Monrovia -- Liberia's Vice President Chief Dr. Jewel Howard-Taylor has addressed the 2022 Generation Equality Conference organized by the Government of Malawi in coordination with The Joyce Banda Foundation (WED) and some international NGOs.