[ISS] Once again, Libya is caught in a debilitating impasse between rival governments in Tripoli and Tobruk.

[Daily Maverick] Once again, Libya is caught in a debilitating impasse between competing factions in Tripoli and Tobruk.

141 Sudanese Migrants Return From Libya As Part of EU Initiative

[Dabanga] Khartoum -- 141 Sudanese migrants voluntarily returned from Benghazi and Tobruk in Libya to Khartoum Airport on Tuesday, as part of the joint initiative between the European Union and the International Organisation for Migration (EU-IOM).

Q&A - Why Documenting Libya's Detention Abuses Is So Important

[New Times] In 2017, Libya started making headlines in news outlets around the world.

Govt Evacuates 166 Victims of Trafficking, Others From Libya

[Daily Trust] The Federal Government has repatriated another 166 stranded Nigerans from Libya who were victims of human trafficking.

[DW] A broken pipeline in Libya is releasing thousands of barrels of oil into the desert every day. The news is the latest blow to the country's struggling oil sector.

[RFI] A top EU court on Wednesday rejected a bid by Kremlin-linked oligarch Yevgeny Prigozhin, alleged financier of the Wagner mercenary group, to overturn sanctions imposed over the conflict in Libya.

[The Point] In April 2022, the Ministry of Foreign Affairs, International Cooperation and Gambians Abroad engaged the Libyan authorities to release and hand over 12 Gambian nationals who had already served 1 year jail term to the Gambian Association in Libya for repatriation to join their families.

Over 100 More Refugees Jet in From Libya

[New Times] A plane carrying 132 refugees and asylum seekers evacuated from Libya landed yesterday May 31, at the Kigali International Airport.

A Deal On State Spending Can Kickstart Libya's Political Process

[Chatham House] A renewed governance split in Libya is blocking progress on agreeing an electoral framework. Ending the standoff over state spending could break the impasse.

[RFI] Paris says all parties in Libya must work together to end the cycle of violence that has divided the country and decimated the economy.

[RFI] Clashes have reportedly erupted in Libya's capital, Tripoli as the parliament-appointed prime minister, Fathi Bashagha, tried to take over the government there. However, he was forced back by a rival administration that has refused to cede power.

[DW] Libya's two governments are both backed by armed groups. Violence erupted in Tripoli after one tried to establish authority there.

Libya is a 'Market of Human Beings'

[New Frame] Many African migrants and refugees see crossing the Mediterranean Sea as the only chance for a better life. Sally Hayden tells their harrowing stories in My Fourth Time, We Drowned.

[UN News] Outlining a new four-pronged investigation strategy to the Security Council on Thursday, the prosecutor of the International Criminal Court (ICC) pledged his commitment to delivering justice against crimes committed in Libya.

[The Point] On Wednesday 20 April 2022, the Executive of Voluntary Migrant Returnees from Libya paid a courtesy call on the Honourable Minister of Foreign Affairs Dr. Mamadou Tangara at his office in Banjul.

[ICRC] While large-scale hostilities in Libya have subsided since 2020, the repercussions of a decade of armed conflicts still reverberate across the country. Peace remains fragile as the political landscape remains in flux, with any deterioration of the security situation bound to have an overall impact on all sectors and segments of life in Libya. The most affected would be the civilians and those displaced due to fighting.

[The Point] Scores of Gambian youth in Libya have called on the Gambia Government to urgently evacuate them from the trouble North African nation.

[DW] Libya's National Oil Corporation (NOC) said the al-Feel oil field had been shut down due to a group of people disrupting the operation. Disruptions were also reported at the Zueitina oil port.

[allAfrica] Cape Town -- There has been mixed reactions following the decision by soldiers loyal to Khalifa Haftar to suspend their participation in the 5+5 committee. The military committee was set up at the Berlin political agreement and is one of the three dialogue processes which led to the ceasefire in Tripoli in 2020.

South Africa Not Africa's 'Most Obese Country' - but Comes Close

[Africa Check] The head of a health consultancy claimed South Africa was "the most obese country in Africa". We took a closer look at his evidence.

[UN News] Many of Libya's migrant detention centres remain places of terrible and systematic abuse, that may amount to crimes against humanity, top rights investigators said on Monday. 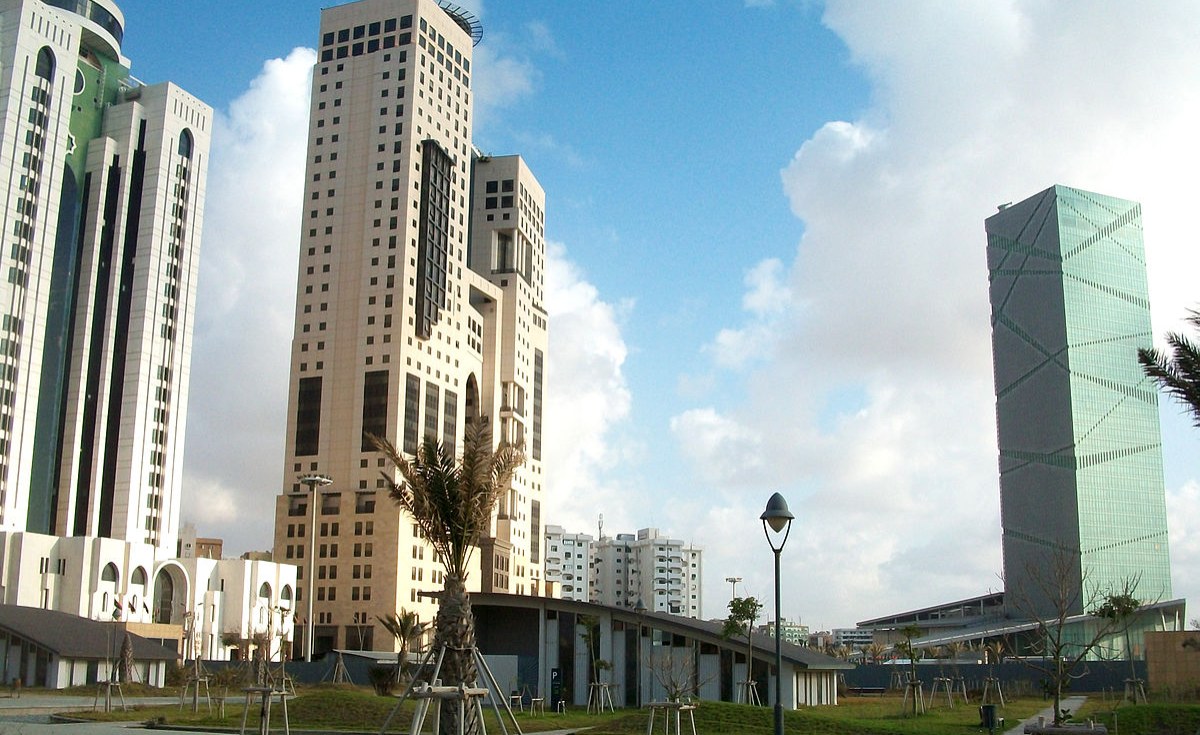 [VOA] Geneva -- U.N. human rights officials warn a deepening crackdown on civil society in Libya is creating a chilling effect on human rights defenders and other activists, who are subject to arbitrary arrests and other forms of government intimidation. 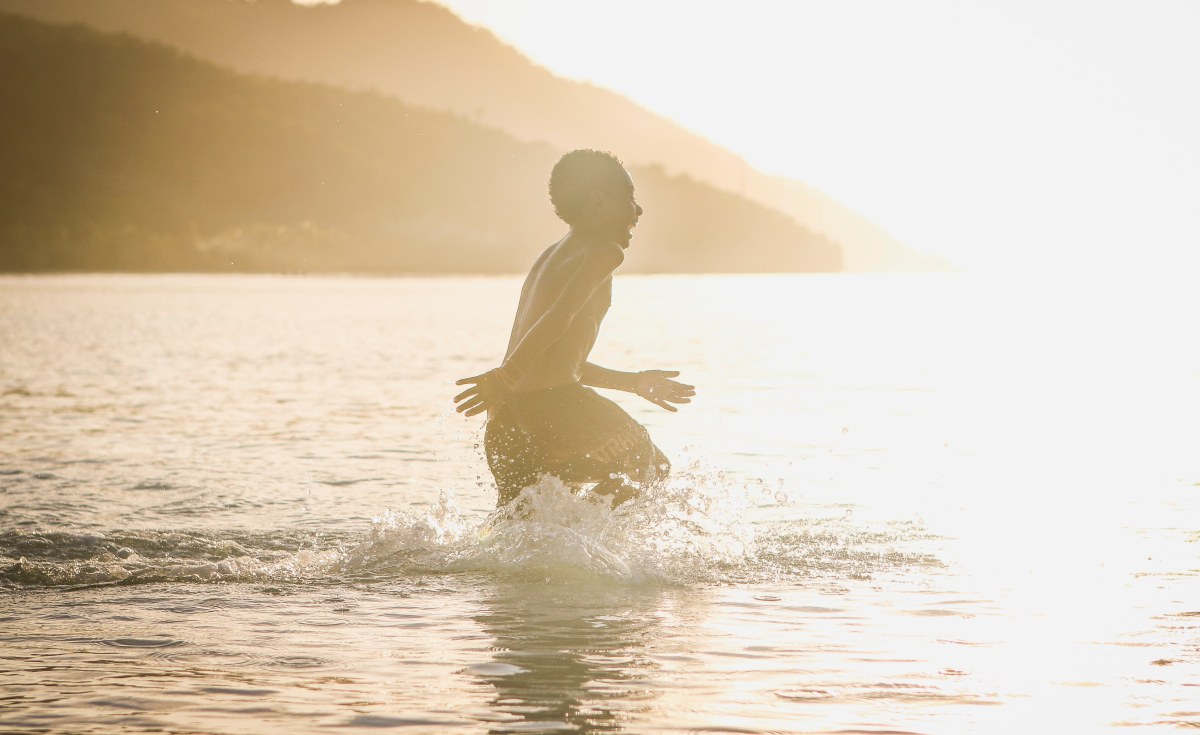 [Leadership] Finland has been named the world's happiest country for the fifth year running, in an annual United Nation (UN)-sponsored index that again ranked Afghanistan as the unhappiest, followed closely by Lebanon. 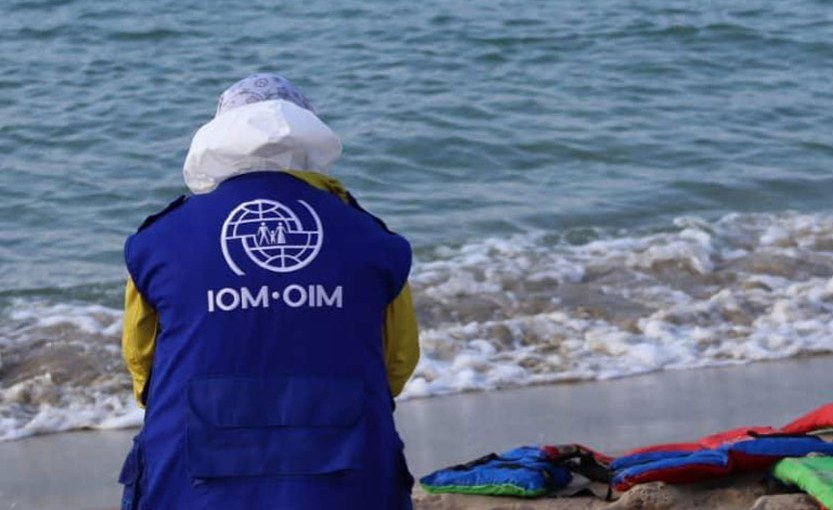 UN Says At Least 70 Migrants Dead or Missing Off Coast

[UN News] Over the past two weeks, at least 70 migrants have gone missing at sea and are presumed dead off the coast of Libya, the UN migration agency said on Thursday.

[Tunis Afrique Presse] Tunis/Tunisia -- Tunisian and Libyan businessmen and officials agreed to create a Tunisian-Libyan business centre that will provide training and support to young entrepreneurs in both countries, on the sidelines of the closing ceremony, Wednesday, of the "Libya Food" exhibition held from March 13 to 16 in Tripoli, Libya.

Algeria and Libya Are Unlikely to Plug Europe's Energy Gap

[The Conversation Africa] The ramifications of the Russian war on Ukraine are being felt across the world. The effects are likely to be particularly acute for countries in North Africa. The region is a major exporter of energy and raw material, and has had complex, sometimes contentions, relations with Europe, the US and Russia.

[This Day] The European Union (EU) and the International Organisation for Migration (IOM) have disclosed that this year they have assisted in the return of more than 500 stranded Nigerian migrants in Libya back to the country.

UN - Dueling Governments in Libya Could Lead to More Instability

[VOA] New York -- A senior U.N. official warned Wednesday that the current political standoff in Libya could lead to instability and two parallel governments in the country.

[UN News] Amid a political impasse that threatens to see Libya fractured again by two parallel governments, the priority must be maintaining hard-won gains and fulfilling the electoral aspirations of nearly three million registered voters, the UN political affairs chief told the Security Council on Wednesday.

[VOA] Roegchanda Pascoe braved death threats while trying to ease the gang violence plaguing the Cape Flats community just outside Cape Town, South Africa. Facia Boyenoh Harris faced harassment while advocating for women's rights and protections against sexual violence in Liberia. Najla Mangoush a year ago accepted the role of foreign minister in the U.N.-backed transitional government of Libya, a country deeply divided by a decade of civil war.

United Nations in Libya Statement On the International Women's Day

[New Dawn] TRIPOLI, Libya, 09th March 2022 -/African Media Agency(AMA)/- Today, the world celebrates International Women's Day, under the theme of "Gender equality today for a sustainable tomorrow", focusing on the acts of courage and determination of women and girls around the world to challenge entrenched patterns of discrimination and inequality wherever they exist.

[IPS] Cairo -- Egypt is scrambling to find alternate sources of wheat after the Russian invasion of Ukraine has put supply to the country in jeopardy. This is especially urgent because the price of bread in Egypt has in the past sparked protests in the country.

[allAfrica] The Libyan parliament granted its confidence to the government of Fathi Bachagha appointed two weeks ago to replace the cabinet of Abdel Hamid Dbeibah whose mandate theoretically ended on December 24, 2021. The vote took place at the seat of parliament in Tobruk, in the east of the country and the Bachagha government was approved by 92 votes out of the 101 deputies present, according to a press release.

Why I Don't Want to See My Mother - Libya Returnee

[Vanguard] Lagos -- A Libya returnee, Miss Tosin Omole, has narrated how she left her three months old son in her mother's care and headed for Europe, only to find herself in prostitution business in Libya.

I Resurrected At My Burial in Desert, Libya Returnee Narrates Experience

[Vanguard] Lagos -- A Libya returnee, Miss Blessing Muhammad, has narrated how she came back to life while she was being buried. She was among the 128 stranded Nigerians returned from Libya.

The Weaponisation of Libya's Elections

[IPS] Tripoli -- Libya was supposed to hold elections early this year. Instead, it now has two rival political administrations -- a return of the divisions of the past.

Libya's Parliament Prepares for Vote of Confidence in New Government

[VOA] Cairo -- As Libya's parliament, which meets in the eastern city of Tobruk, prepares to approve a new national unity government next week, the country's High Council of State says that the parliament should have consulted it before removing outgoing Prime Minister Abdul Hamid Dbeibeh. Dbeibeh is refusing to step down and it is not clear how the situation will evolve.

[IFRC] Marseille/Geneva/Budapest -- Since Monday, 14 February, the Ocean Viking has been waiting with 247 rescued people on board to be assigned a place of safety. Despite 5 requests to the relevant maritime authorities, the ship has yet to receive instructions on where to disembark those rescued at sea as rough weather has taken a toll on the health of the survivors on board.