Call for Respect of the Rights to Freedom of Expression, Association and Peaceful Assembly

[VOA] Conakry, Guinea -- A Guinean public prosecutor on Monday ordered a list of all police officers present when a young man was killed during demonstrations last week, in a significant shift from past practice.

[RFI] West African leaders meeting in Accra have decided to uphold sanctions against Mali, along with the suspension of Burkina Faso and Guinea from the bloc. The measures could be lifted if the military rulers in all three countries speed up plans for a return to civilian rule.

[RFI] The ruling junta in Guinea-Conakry has rejected a call from the United Nations to lift a ban on political demonstrations, insisting protests should only be allowed during the election period in three years' time.

Have You Seen Dakan, the Guinean Queer Classic? It Changed My Life

[African Arguments] In the face of caricatures and erasure, filmmakers must defy the odds to tell authentic stories of queer lives.

[CAF] Kaba Diawara, the Guniea coach has called up 23 stars for the June dates, with Valencia defender Mouctar Diakhaby and Bafode Dansoko who plays in Belgium among the new invites.

[VOA] Washington -- Analysts say plans by Guinea's transitional military government to prosecute former President Alpha Conde and 26 of his top officials will likely be marred by doubts over the fairness of their trials.

[VOA] Washington -- Analysts say plans by Guinea's transitional military government to prosecute former president Alpha Condé and 26 of his top officials will likely be marred by doubts over the fairness of their trials.

[RFI] Guinea has announced a 36-month transition period to civilian rule, slightly shorter than what had been proposed by the military chief, but longer than regional leaders have called for.

[allAfrica] Guinea's attorney general has ordered legal proceedings against former President Alpha Conde and 26 of his former officials for alleged crimes, including acts of violence while in office, Al Jazeera reports.

[Ghanaian Times] Ghana's Black Maidens are into the final round of the FIFA U-17 Women's World Cup qualifier after a 7-0 triumph over Guinea at the Cape Coast Stadium.

[VOA] Conakry -- Colonel Mamady Doumbouya, the head of Guinea's military junta, said Saturday he had opted for a 39-month transitional period before a return to civilian rule.

[CAF] Former Guinea international striker Kaba Diawara has been named as the substantive coach of the senior national team.

A Snapshot of the Roots of Instability in West Africa

[Africa In Fact] Over the last two years, military-led coups have afflicted the West Africa region, particularly in Burkina Faso, Guinea and Mali (twice). While the individual causes of these coups differ greatly, they exemplify a trend in which governance failures such as corruption, inability to meet security needs and the impacts of climate change exacerbate pre-existing challenges. These governance failures create a vacuum in which the military presents itself to the civilian population as an alternative that will brin 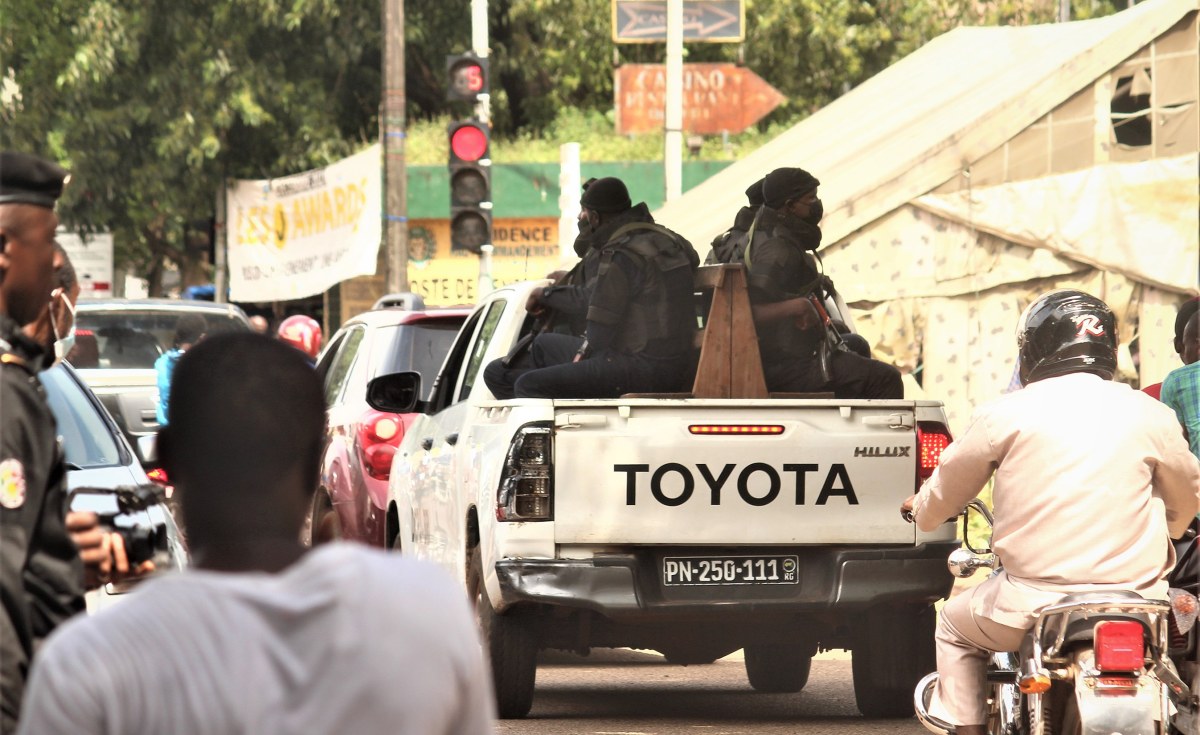 [RFI] Former prime minister Ibrahima Kassory Fofana and three ex-ministers in the Guinea-Conakry have reportedly been detained on embezzlement charges.

[New Times] Rwandan envoy Zaina Nyiramatama on April 1, presented her letters of credence to Col. Mamadi Doumbouya, President of the transition and Head of State of the Republic of Guinea at the Mohammed V Palace in Conakry. 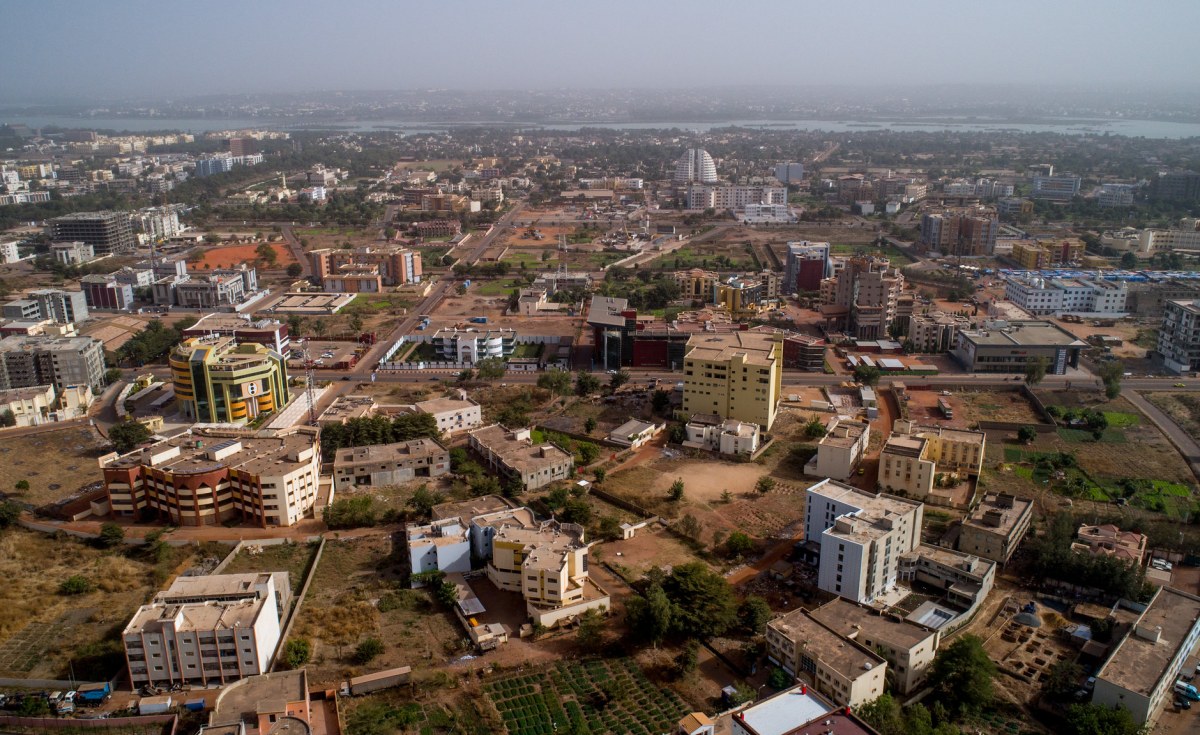 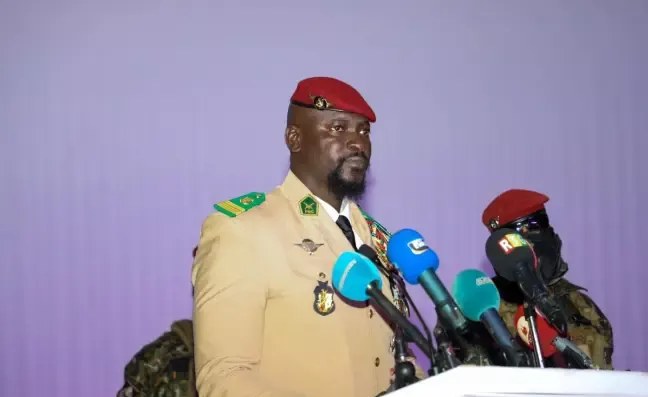 [allAfrica] Cape Town -- A national conference on the political way forward for Guinea, has been initiated by the ministry of territorial administration and decentralization, with the aim of building a "new institutional framework". 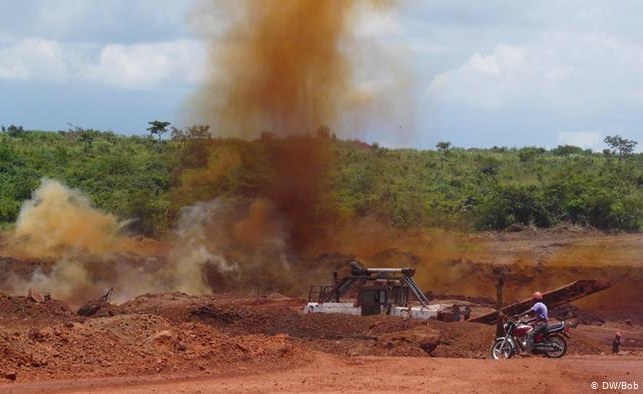 [DW] Mining is a key driver of economic growth in Guinea. But the military junta's unyielding approach toward a major iron ore project could be doing the country more harm than good.

[CAF] Former France U20 international Serhou Guirassy striker has been handed his debut call-up to the Guinea national team for this month's friendlies against South Africa and Zambia.

[State Department] The United States is designating two Hizballah financiers operating in Guinea: Ali Saade and Ibrahim Taher. This action will help disrupt Hizballah's business network in West Africa, which relies on bribery to circumvent the rule of law.

[New Dawn] The Special Representative of the Secretary-General and Head of the United Nations Office for West Africa and the Sahel (UNOWAS), Mahamat Saleh ANNADIF, Mr. Jean Claude Kassi Brou, President of the Economic Commission of West African States (ECOWAS), and Mrs. Shirley Ayorkor Botchway, Minister of Foreign Affairs of Ghana and President of the ECOWAS Council of Ministers, concluded today a two-day joint mission to Guinea.

Guinea Must Put Justice At the Heart of Its Transition

[African Arguments] The September coup was domestically popular. The junta can build on this and send a signal to the region by prioritising accountability. 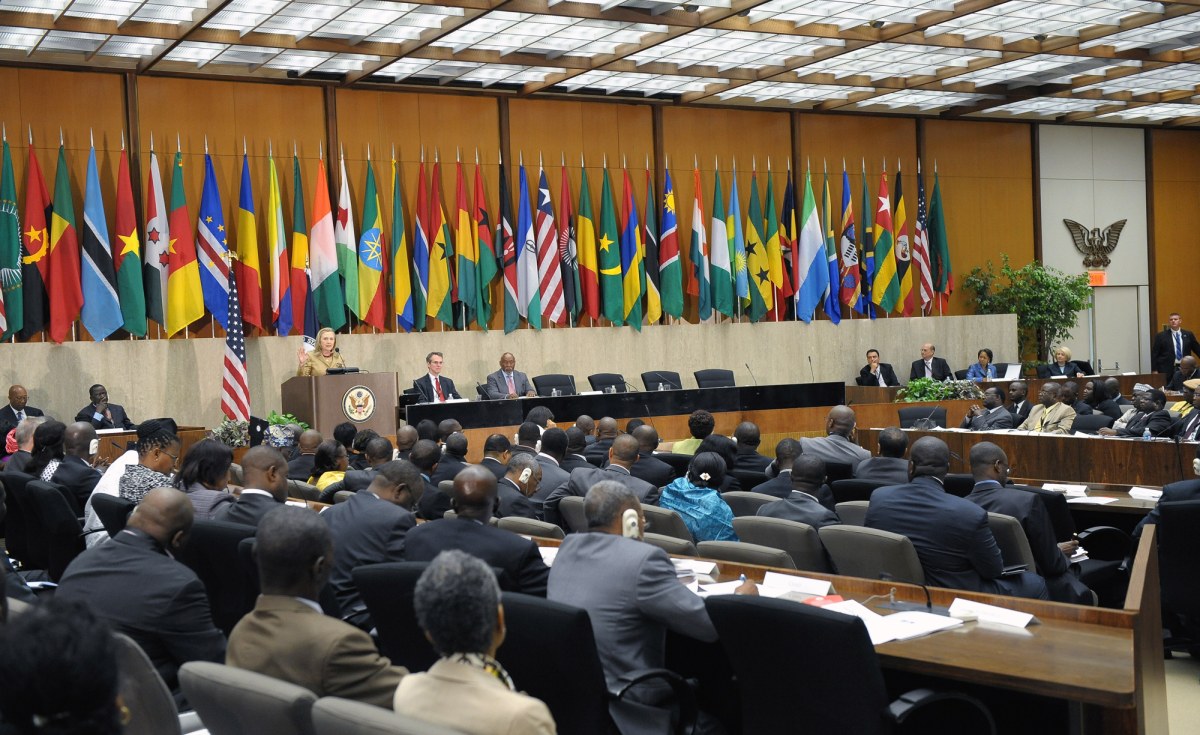 U.S. Trade Pact Suspensions - What They Mean for Ethiopia, Mali and Guinea

[The Conversation Africa] Three African countries' manufacturers have lost their tariff-free access to the US market this year. This follows the US decision in November last year to suspend Ethiopia, Mali and Guinea from the African Growth and Opportunity Act. The reason given for the decision was that it was in response to human rights violations and recent coups. 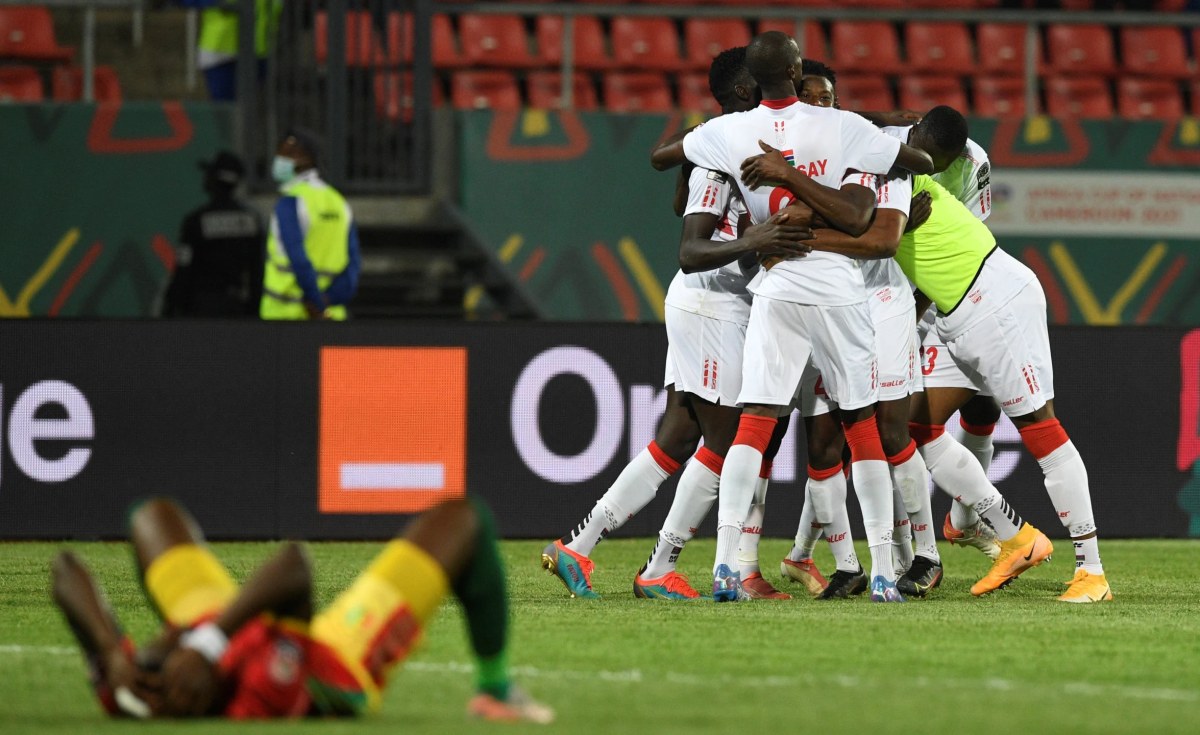 [CAF] Musa Barrow's strike in the second half gave Gambia a historic 1-0 win over Guinea to qualify for the quarterfinals of the TotalEnergies Africa Cup of Nations at the Stade Omnisports de Bafoussam on Monday.

[VOA] Bamako / Conakry / Washington -- For Sammy Abdella, the new year has brought bad tidings: the prospect of a steep drop in sales of scarves, rugs, baskets and other textile goods produced by Sammy Handmade in Ethiopia.

Warriors Stun Guinea to Bow Out On a High

[New Zimbabwe] THE Warriors ended their forgettable Africa Cup of Nations (AFCON) campaign on a high note after salvaging some lost pride with a shock victory over Guinea in their final Group B encounter at the Stade Ahmadou Ahidjo in Yaounde, Cameroon Tuesday.

Guinea Lose to Zimbabwe but Advance to Second Round at AFCON

[CAF] Despite two defeats in the first two matchdays, Norman Mapeza's Zimbabwe won against Guinea (2-1) on Tuesday evening at the Ahmadou Ahidjou Stadium in Yaoundé.

[Cameroon Tribune] Both teams will be meeting today at the Ahmadou Ahijo stadium within the framework of their last group B campaign.

[CAF] With one leg already in the Round of 16, Guinea will tackle Group B bottom side Zimbabwe at Stade Ahmadou Ahidjo on Tuesday, in a decisive game for Syli Nationale.

[CAF] The most anticipated top of the table clash in Group B involving West African Giants Senegal and Guinea ended in a goalless draw in their second match of the TotalEnergies Africa Cup of Nations at the Stade Omnisports de Bafoussam on Friday.

Senegal V Guinea - Who Will Make It Through?

[CAF] Left wingback Issiaga Sylla scored the only goal to help Guinea to a 1-0 victory over Malawi in Group B of the TotalEnergies Africa Cup of Nations Cameroon 2021.

[UN News] After a recent wave of attempts and coups d'état in Central African Republic, Mali, Sudan and Guinea, The UN Special Representative for the region told the Security Council on Monday this resurgence, particularly in West Africa, "is often the consequence of political practices that are completely out of step with the aspirations of the populations."

[New Times] APR midfielder Bonheur Mugisha has said he is happy and took a lot of 'valuable positives' from his debut international for Rwanda during the friendly matches against Guinea last week.

[DW] The US removed Ethiopia, Mali and Guinea from the African Growth and Opportunity Act due to rights violations and military coups.

[MAP] Conakry -- Prime Minister, Head of the transitional government of the Republic of Guinea, Mohamed Beavogui, received, Thursday in Conakry, HM the King's ambassador, Driss Isbayene at the end of his mission in this country.

[New Times] The head coach of the Syli Nationale of Guinea has named his final 27-man squad that will hold a residential camp in Kigali ahead of the 2021 AFCON which kicks off in Cameroon next month.