Botswana, NDI to Co-Host Summit on Constitutionalism and Democratic in Africa

[NDI] The Government of Botswana and the National Democratic Institute will co-host an "International Summit on Constitutionalism and Democratic Consolidation in Africa," in Gaborone, Botswana from July 6-8, 2022. The summit will build on an earlier Summit in Support of Constitutional Term Limits, held in October 2019 in Niamey, Niger Republic.

[The Patriot] Vice president and Botswana Democratic Party (BDP) chairman Slumber Tsogwane's influence is playing a pivotal role in ensuring that some of defiant party members who are holding councils leadership positions at towns, cities and districts lose them to pave way for members of his faction to consolidate its power.

Govt Too Broke to Allocate Land

[The Patriot] The Minister of Lands and Water Affairs (MLWA) Dr Kefentse Mzwinila has regretted that his ministry is facing budgetary constraints to speed up land allocation, which he said was expensive.

Botswana's Mares Aim for a Galloping Pace At Afcon

[New Frame] The senior women's team are hoping to extend their growing reputation as a force to be reckoned with beyond southern Africa, and the continental showpiece in Morocco is just the place to do it.

[spotlight] South African bioinformatics expert Professor Tulio de Oliveira is still deciding whether to travel to New York City next month to accept his Time Magazine 100 most influential people award. De Oliveira keeps a tight schedule. Just back from Stockholm, where he addressed the world's top COVID scientists at the Nobel Symposium of Medicine, he led the team that in 2020 first detected the Beta variant of SARS-CoV-2, the virus that causes COVID-19. De Oliveira and his team also detected the Omicron variant las

5 Ways the World Is Changing How It Sees Menstruation

[UNFPA] SELOKOLELA - "Menstruation is still considered a secret that is hardly discussed," Ogaufi Moisakamo, in Botswana, told UNFPA. "When I got my first period, I was also ashamed of informing my mother. And when I finally told her, she only warned me against playing with boys as it would 'get me pregnant'."

[The Patriot] TIME has named Dr Sikhulile Moyo to the 2022 TIME100, its annual list of the 100 most influential people in the world. Dr. Moyo is the Research Laboratory Director at the Botswana Harvard AIDS Institute Partnership (BHP), a health research and training collaboration established in 1996 between the Government of Botswana and the Harvard T.H. Chan School of Public Health.

[Namibian] NAMIBIAN exporters of vegetables to Botswana, especially those along the fertile Zambezi region, might have it tough if that country effects its plan to expand its ban on vegetables.

[The Patriot] The artist-led collective, Banana Emoji Productions in collaboration with the European Union Delegation in Botswana hosted the beloved BANANA CLUB dialogues in Maun on the 14th of May 2022. The multi-disciplinary creative group is committed to working with artists and organizations in identifying ways in which art can foster initiatives that provide relevant and impactful differences for underrepresented communities.

Leaving No One Behind in Botswana's First Digital Census

[UNFPA] Gaborone -- Segolame Bolosaka, 23, a young mother of two and with a third child on the way, works with her partner on a farm and lives in Kgare, a small settlement with no clinic, school or running water. She travels by donkey cart to the nearby village to access health services - and hopes Botswana's first digital census will bring development to her area.

[The Herald] ZIMBABWEAN athletes failed to make the qualifying times for the Africa Championships during the Gaborone International Meet held at Botswana National Stadium last week.

[AIM] Maputo port is now among the routes for the export of coal from Botswana, following the arrival on 26 April of the first train, drawing 40 wagons, loaded with 2,000 tonnes of coal.

[VOA] Gaborone -- The Botswana Wildlife Producers Association, a group that focuses on the conservation and management of the country's wildlife, says placing electronic tracking collars on big tusk elephants could help prevent indiscriminate hunts. The idea follows the recent killing of a so-called big tusker during a sanctioned hunt, which sparked outrage among conservationists.

[New Era] The National Housing Enterprise yesterday sponsored two athletes, who will represent the country at the coming Gaborone International Meet, which starts on Saturday, 30 April 2022 in Botswana.

[Namibian] SEVENTEEN-year-old Saara Shikongo is besides herself. The middle-distance track fledgling will be racing at the Gaborone International Meet in Botswana alongside her idols and compatriots Christine Mboma and Beatrice Masilingi this weekend.

[SAnews.gov.za] The Republics of South Africa and Botswana are currently engaged in talks aimed at strengthening and deepening the existing historical and bilateral relations between them.

Mozambique to Export Electricity to Botswana

[AIM] Maputo -- Mozambique's publicly owned electricity company, EDM, will provide 100 megawatts of non-firm power to Botswana, under a contract, valid for a year, signed on Thursday between EDM and the Botswana Power Corporation (BPC).

[Africa In Fact] Trust is difficult to build and easy to destroy. The same is true of democracy and good governance. Botswana has, relatively speaking, been a shining light of democracy on the continent. Until now, that is.

[WHO-AFRO] Brazzaville -- Researchers in Botswana and South Africa have detected new sub-lineages of the Omicron variant of the SARS-CoV-2 and are carrying out further investigations to fully understand crucial traits such as infectivity and virulence.

Bantwana Gearing Up for World Cup Qualifier Against Ethiopia

[SAFA] Head Coach Siphiwe Dludlu's charges have had a challenging weekend working on their fitness levels while braving the cold and wet conditions in Johannesburg over the last few days.

[Capital FM] Nairobi -- Botswana, Uganda, and Ghana are the top countries with the most women business owners in Africa, the 2021 Mastercard Index of Women Entrepreneurs (MIWE) has revealed.

[The Herald] Researchers from Zimbabwe and Botswana are investigating the potential for the production of metallurgical coke used in most smelting operations to reduce the percentage of expensive imported coking coals in blends used by mining companies in the two countries.

[VOA] Gaborone -- Botswana has become the first country in Africa to approve the use of the Texas-made COVID-19 vaccine Corbevax. Botswana's president and California biotech company NantWorks made the announcement Monday as they began construction of a plant to produce COVID-vaccines and drugs to fight cancer.

[CFR] Botswana's Directorate of Intelligence and Security is the subject of controversy in a feud between the country's current and former presidents.

[New Frame] The Free State-born coach is making a name for himself in Botswana's elite football league now, and is ready to take on the world. He had some highs in his native South Africa too. 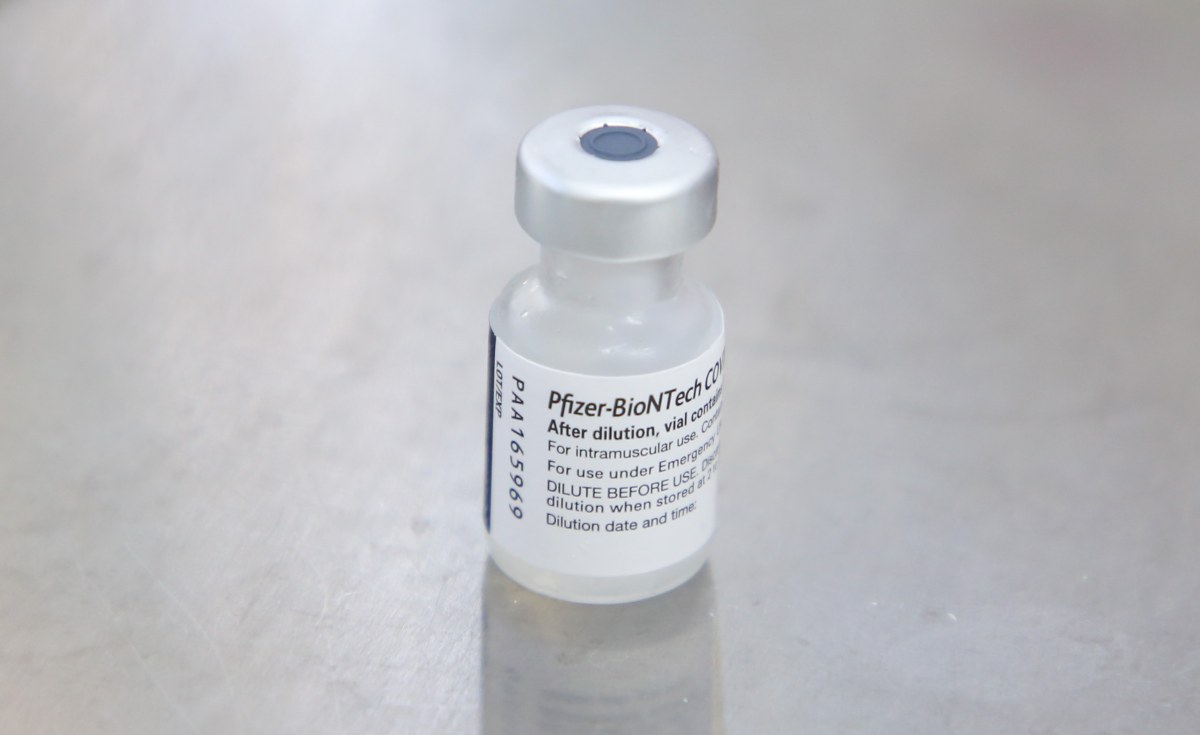 [VOA] Gaborone, Botswana -- Botswana will allow unvaccinated travelers into the country, provided they produce a negative COVID-19 test result. That's a reversal from last month, when the nation started denying entry to travelers who were partially vaccinated or unvaccinated and not willing to get a free shot.

[Namibian] NAMIBIA has approved the co-hosting bid of the 2027 Africa Cup of Nations (Afcon) tournament with Botswana, the Minister of Information and Communication Technology Peya Mushelenga announced late Friday.

[New Era] Justice minister Yvonne Dausab has asked the National Assembly to ratify the extradition treaty between Namibia and Botswana, which the two governments signed in 2018. Motivating her request on Tuesday, Dausab said the treaty is important in supporting the rule of law, proper governance, peace, security and democracy in Namibia.

[The Patriot] Botswana government's recent decision to allow local subsistence farmers to use their fields for game farming has left researchers startled as expert advice to allocate communities suitable for the industry in Boteti and Okavango areas have been ignored over the years.

[Daily News] THE National Under-17 Women team's Head Coach Bakari Shime says the players' morale is high, and they are ready to secure a home victory against Botswana in the World Cup qualifying game at Amaan Stadium in Zanzibar today.

[CAJ News] THE signing of some memoranda of understanding (MoUs) between Zimbabwe and Botswana will enable the two countries promote tourism and travel between them and the entire Southern African Development Community (SADC) region.

Highway Robbery Video From Botswana, Not Uganda or South Africa (Or Kenya)

[Africa Check] A video of motorists under attack on a highway at night has been shared widely on social media across Africa.

[Cosafa] South Africa and Botswana booked their place at the 2022 Women's Africa Cup of Nations finals in Morocco on Wednesday to seal a trio of COSAFA sides into the continental showpiece event.

[The Herald] Nduduzo Tshuma and Leonard Ncube in Victoria Falls

[The Herald] Victoria Falls -- Botswana Minister of International Affairs and Cooperation Lemogang Kwape has congratulated Victoria Falls for attaining city status saying this will promote tourism in the world destination.

[New Zimbabwe] The third session of the Zimbabwe-Botswana Bi-National Commission (BNC) opened in Victoria Falls Monday with the two nations seeking to ratify bilateral agreements that will promote cooperation.

[New Zimbabwe] ZIMBABWE'S hopes of qualifying for the finals of the 2022 Women's Africa Cup of Nations suffered a major blow after the Mighty Warriors succumbed to a disappointing 3-1 defeat to Botswana in the first leg of their second-round clash at the National Sports Stadium on Friday.

[The Herald] THE Mighty Warriors opponents in the Africa Women Cup of Nations last qualifying round, Botswana, were scheduled to arrive in the country last night ahead of their crunch first leg tie at the National Sports Stadium on Friday.

[The Herald] MIGHTY Warriors foreign-based players are expected to arrive tomorrow for the Africa Women Cup of Nations first leg encounter against Botswana on Friday.

[VOA] Gaborone -- In a bid to boost agro-tourism, the Botswana government is offering wildlife start-up stock to farmers to keep in their ploughing fields. The government says the move will give locals an improved stake in the lucrative tourism sector.