[New Times] Rwandans who live in the Kingdom of Morocco and friends this weekend met to pay tribute to over a million victims who were killed during the 1994 Genocide against the Tutsi.

[Foroyaa] The Minister of Foreign Affairs, International Cooperation and Gambians Abroad Dr. Mamadou Tangara, on Monday May 16th 2022 paid a visit to the Director-General (DG) of the Islamic World Educational, Scientific and Cultural Organization (ICESCO) Dr. Salim M. AlMalik, during his visit to ICESCO Headquarters in Rabat, Morocco.

Oshoala Returns As Waldrum Invites Ebi, Ordega, 29 Others to 2022 Awcon Camp in Morocco

[CAF] For the first time in the history of Moroccan football, a woman referee will officiate the final of the Throne Cup.

[Premium Times] Nigeria was supposedly in the hat of venues to host the Champions League final at the Godswill Akpabio Stadium.

[This Day] The Minister of State for Petroleum Resources, Timipre Sylva yesterday disclosed that the Organisation of the Petroleum Exporting Countries (OPEC) and Russia are some of the international bodies ready to buy into the Nigeria-Morocco Gas Pipeline project.

[This Day] Ahead of Group C opening game of the Women's Africa Cup of Nations (WAFCON) in Morocco in July between Nigeria and South Africa, Bayana Bayana Head Coach, Desiree Ellis, is convinced that her side will prove the equal of the Super Falcons when the two teams meet.

[RFI] Morocco's King Mohammed VI has pardoned 29 people jailed for "terrorism or extremism" offences in a gesture marking the end of the Muslim fasting month of Ramadan.

[New Frame] Football can be fickle, but the national men's team stand a good chance of coming out on top of their group of South Africa, Morocco, Liberia and Zimbabwe.

[MAP] Riyadh -- Moroccan contestant Younes Mustapha Gharbi won the first place in the category of recitation of the Holy Quran of the international Saudi competition "Otr Elkalam," (Scent of Speech) which targets talented people with beautiful voices in reciting the Quran and performing adhan, according to results announced Wednesday by the Saudi General Entertainment Authority.

[FrontPageAfrica] Monrovia -- The Lone Star got what appears to be the toughest pairings at the 2023 African Cup of Nations draw on Tuesday, April 19, 2022.

[MAP] Rabat -- The government is committed to achieving all the sustainable development goals, said Thursday in Rabat, Head of Government Aziz Akhannouch.

[MAP] Rabat -- The judicial police of Oujda arrested, on Thursday, on the basis of accurate information provided by the General Directorate of Territorial Surveillance (DGST), eight individuals, aged between 20 and 43, for their alleged links with a criminal network active in the counterfeiting of official documents required to apply for visas for several foreign countries.

Black Queens Off to Morocco for Friendly 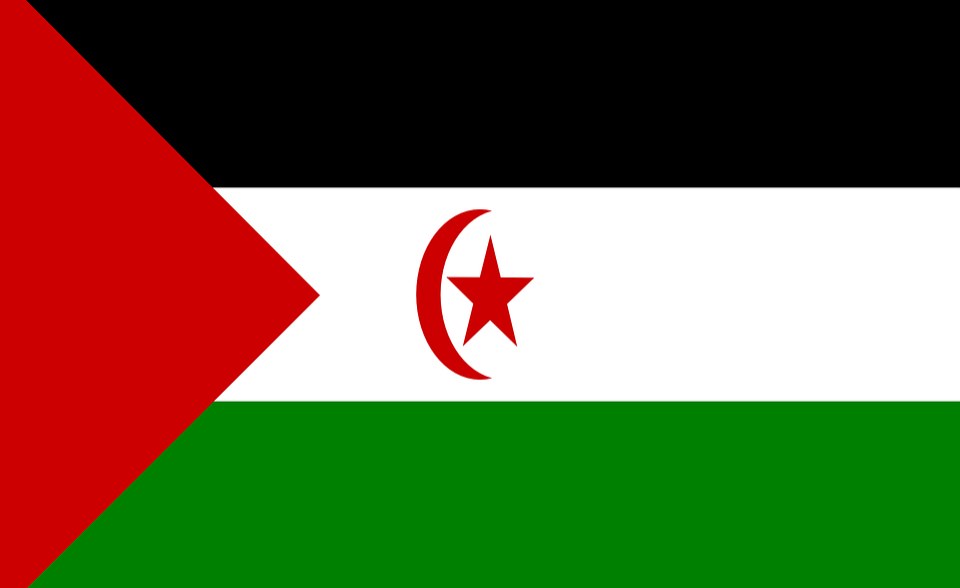 [MAP] Marrakech -- The National Office of Electricity and Drinking Water (ONEE) has recently commissioned a major project to supply drinking water to the city of Marrakech and neighboring towns and localities from the Al Massira dam, for a total amount of 2.50 billion dirhams.

[MAP] Rabat -- The Faculty of Letters and Humanities (FLSH) of Rabat organized on Tuesday a symposium under the theme "monotheistic religions bearers of messages of peace".

[MAP] Rabat -- After a great performance along with his horse "All at Once" at the international dressage competition S'hertogenbosh in the Netherlands, Moroccan rider Yessin Rahmouni will officially represent Morocco at the 2022 Dressage World Cup final.

[The Point] The Gambia women national team coach, Mariama 'Bom' Sowe has said that this month's friendly encounter against 2022 African Women's Cup of Nations host, Morocco, will serve as a morale booster for her side that missed out in the final round of the competition to Cameroon.

[SPS] New York (United Nations) -- The United Nations Security Council will meet on 20 April to discuss the conflict in Western Sahara, indicated the United Kingdom, which chairs the UN executive body for the current month.

[CAF] Morocco coach Vahid Halilhodzic believes his side are capable of causing a major upset at the 2022 World Cup after they were handed one toughest groups of the competition.

[Dalsan Radio] Rabat - Chief diplomats from Morocco and Somalia have reviewed long-standing diplomatic relations between the two countries, calling for further cooperation in areas such as regional stability. 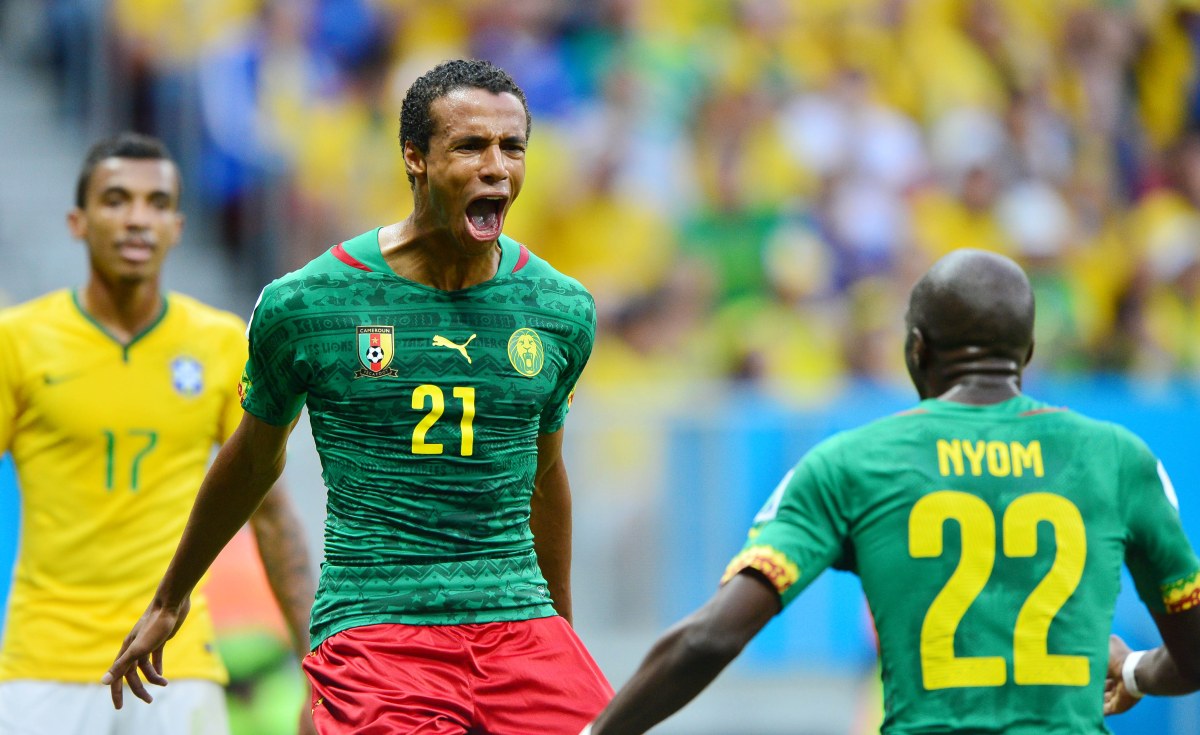 [Premium Times] Jay-Jay Okocha ,who represented Nigeria in three editions of the Mundial, was part of the football legends that conducted the 2022 World Cup draws

[MAP] Casablanca -- The Moroccan team qualified for the 2022 World Cup in Qatar after defeating DR Congo 4-1 in the second leg of the play-off, Tuesday at Casablanca's Mohammed V Stadium.

[MAP] Rabat -- His Majesty King Mohammed VI has sent a message of congratulations to the members of the national football team, following qualification for the 2022 World Cup, which will be hosted by the brotherly State of Qatar.

[MAP] Marrakech -- The Executive Director of the international NGO 'Free the Slaves', Bukeni Waruzi, praised Morocco's "exemplary" efforts in fighting against modern slavery, especially since the Kingdom is a pioneer country of the Alliance 8.7.

[MAP] Rabat -- The U.S. position on the Moroccan autonomy initiative in the Sahara has been constant for several U.S. administrations, said Tuesday the Minister of Foreign Affairs, African Cooperation and Moroccans Abroad, Nasser Bourita.

[MAP] Rabat -- At the end of the match between the national football team and its counterpart from the Democratic Republic of the Congo, His Majesty King Mohammed VI congratulated the national team's members following qualification for the 2022 World Cup in Qatar.

[MAP] Paris -- The Moroccan-French Permanent Joint Migration Group (GMMP), meeting on Monday in Paris, welcomed the "progress" achieved in the cooperation between the two countries in the area of migration.

[MAP] Abidjan -- A framework agreement relating to the development of a strategic partnership between the Ivorian government and the Office chérifien des Phosphates (OCP) was signed on Monday in Abidjan, in order to boost Ivorian agricultural competitiveness and strengthen the impact of local development policies on rural populations.

Atlas Lions Confront Leopards for a Ticket to Qatar

[CAF] Chancel Mbemba and his Democratic Republic of Congo mates welcome their Moroccan counterpart this Friday at the Stade de Martyrs in Kinshasa in the first leg of the winner take all 2022 FIFA World Cup playoff game promising fireworks.

[Capital FM] Kisumu -- Kisumu County Government has signed a Bilateral Memorandum of Understanding (MOU) with Morocco's Regional Council of Rabat-Sale-Kenitra that will enhance bilateral collaboration between the two governments.

[DW] Karima Benyaich, recalled by Rabat last year, is back in Madrid after Spain changed its policy on Western Sahara. But Algeria, which opposes Spain's backing of Morocco's plans for the region, has now recalled its envoy.

[MAP] Rabat -- The House of Representatives (lower house) has been participating, since Monday in Accra, Ghana, in the Reflection Forum on Unconstitutional Changes of Government in Africa, organized by the African Union.

Promotion of Gender Equality, a Proactive Strategy for Morocco (Ambassador)

[MAP] Tokyo -- Morocco's ambassador to Japan, Rachad Bouhlal, highlighted, Wednesday in Tokyo, Morocco's experience in promoting gender equality, noting that the Kingdom has made this issue a proactive strategy.

[MAP] New York (United Nations) -- Under the leadership of HM King Mohammed VI, Morocco has made the promotion and protection of women's rights a "national priority", said Tuesday in New York minister of Solidarity, Social Integration and Family, Aawatif Hayar.

[Africa Renewal] In Morocco, climate change is now at the heart of political concerns, both at national and local levels, but its management requires a collective response.

[State Department] The following is the text of a joint statement by the Governments of Morocco and the United States of America.