[New Frame] The fractious relationship between the two countries has reached a new low with France being ordered to leave immediately. This has many implications for the strife-torn region.

A Kidnapped Teacher, a Fed Up Farmer, and a Push for Dialogue

[The New Humanitarian] Sévaré, Mali -- 'I knew the conflict would affect me again if I did nothing.'

Mali Soldiers On Despite Growing Isolation

[DW] An alleged coup attempt in Mali sheds light on the tensions facing the interim government of Colonel Assimi Goita. Yet, despite sanctions and isolation, Malians still back the military.

[DW] Germany's parliament decided how it will engage militarily with the West African country, which witnessed another coup last year.

[Ghanaian Times] The government has cautioned against all travels to Gao and its surrounding areas in North Eastern Mali in view of recent abductions and executions of travellers, especially Christians, including Ghanaians, in the area.

[VOA] Johannesburg, South Africa -- A cursory Google search for "rosewood furniture China" brings up plenty of sites selling the luxury item, but most buyers are likely unaware that their treasured table or chair could be the product of a rampant illegal trade in the protected tree species -- one which is decimating forests in West Africa, facilitating elephant poaching, and even aiding jihadi groups.

[allAfrica] Cape Town -- Africa Confidential revealed in today's electronic edition that a dozen officers involved in an attempted coup against the military junta in power in Mali have been arrested.

[allAfrica] COMMUNIQUE N°031 OF THE GOVERNMENT OF THE TRANSITION

[RFI] Mali's military junta has announced that it will quit the West African G5 Sahel anti-jihadist force after it was blocked from assuming the presidency of the regional group.

[RFI] French Foreign Minister Jean-Yves Le Drian has been summoned by a court in Bamako as part of an investigation into an alleged "attack on public property and other offences" dating back to 2015, concerning the manufacture of Malian biometric passports. This comes at a time of tense relations between France and Mali.

[allAfrica] The French minister of foreign affairs Jean-Yves Le Drian is expected at a courthouse in Bamako on June 20 over charges of awarding a public contract for the production of Malian passports. The case that dates back to 2015.

[DW] Germany is set to draw down its EU deployment in Mali and increase its UN deployment. France is withdrawing from Mali amid friction with the military junta there.

[New Times] Major General Oumar Diarra, the Chief of Defence Staff of Mali, is in Rwanda for a three-day official visit to acquire expertise in the reconstruction of a country and capacity building of security forces.

[allAfrica] After nine years with the European Union Training Mission in Mali (EUTM), Germany has announced its withdrawal. Some 300 German soldiers have so far been involved in training the Malian army, particularly in civil engineering and mine clearance.

[RFI] UN Secretary General Antonio Guterres has told RFI Mali could collapse if the UN withdraws its peacekeeping mission there, but suggested an option could be to replace it with an African Union force backed by a tougher operating mandate.

How Local Dialogues With Jihadists Took Root in Mali

[The New Humanitarian] SÉVARÉ, Mali -- Aly Ongoiba* keeps meticulous notes on the conflict that consumed his commune - a maze of clay buildings and artfully thatched granaries spread across the top of a sandstone escarpment that cuts through central Mali.

President of Togo to Mediate in Mali Crisis

[RFI] The President of Togo has agreed to mediate in Mali, where the military junta is under international pressure to re-establish civilian rule after taking power in 2020.

[RFI] Mali's ruling junta has announced it is breaking off its defence accords with France and other European partners that were put in place nearly a decade ago to help the Malian military stop a jihadist offensive.

[UN News] Mali's ban on two major international broadcasters operating inside the country is a worrying development in itself but it also reflects growing regional intolerance towards freedom of expression, the UN rights office, OHCHR, said on Friday.

[VOA] Bamako -- Press freedom group Reporters Without Borders (RSF) has put the websites of two major French broadcasters back online in Mali, after the country's military government pulled the broadcasters off the air in March and officially banned them from the Malian airwaves this week.

[VOA] The Office of the United Nations High Commissioner for Human Rights warns that Mali's new media restrictions reflect a growing intolerance toward freedom of the press in the region.

[RFI] Media watchdog Reporters Without Borders has announced the creation of "mirror" websites that allow RFI and France 24 to remain available online in Mali despite a ruling junta ban on the French broadcasters.

[RFI] The French army on Thursday rejected accusations by Mali of espionage and violation of the West African nation's airspace.

[RFI] Mali has reprimanded France for "spying" after the French military released a video of what it alleged were Russian mercenaries burying bodies at a mass grave.

UN Support in Mali Could Continue Despite Rights Probe Refusal

[RFI] The French military says it has filmed Russian mercenaries burying bodies near a military base in northern Mali and alleges it is part of a smear campaign to accuse France's departing forces of leaving behind mass graves.

[VOA] Bamako -- Six soldiers are dead and 20 wounded after Malian Army bases in the central cities of Sévaré, Niono, and Bapho were simultaneously attacked this morning by suspected terrorists.

[DW] The French military says it has filmed Russian mercenaries burying bodies near an army base in northern Mali. France says it suspects the operation was part of a disinformation campaign against its troops.

[OCHA] GENEVA (20 April 2022) - We are extremely concerned that Malian authorities have still not granted UN human rights investigators access to the village of Moura, in the central region of Mopti, where Malian Armed Forces reportedly accompanied by foreign military personnel are alleged to have carried out summary executions and multiple other serious human rights violations during a military operation three weeks ago. 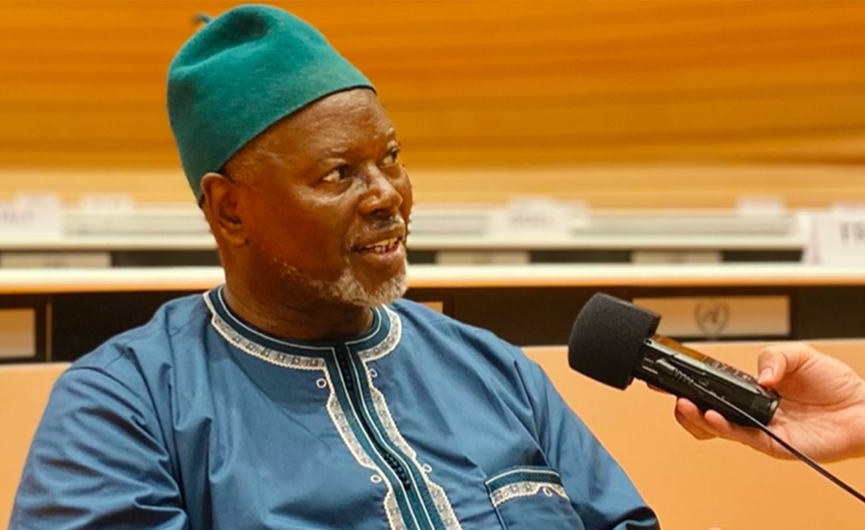 [RFI] The United Nations says it is "extremely concerned" that Mali has not allowed independent investigators to visit the town of Moura, where local troops and suspected Russian mercenaries allegedly killed hundreds of civilians.

[UN News] Three weeks have passed since some 500 people were allegedly summarily executed in Moura, a village in central Mali - and UN investigators have yet to be granted access, the UN rights office, OHCHR, said on Wednesday. 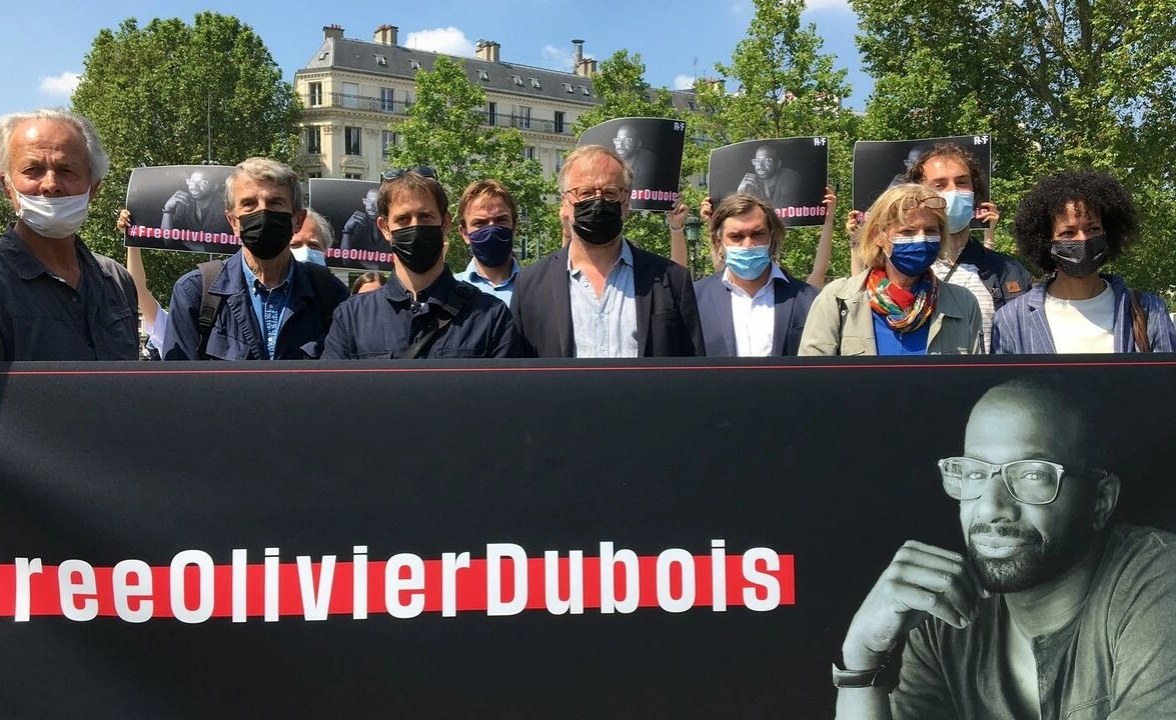 [RFI] The family of kidnapped French journalist Olivier Dubois were on Monday waiting for French authorities to respond to their request for a top level judge to oversee what steps are being taken to secure his release.

[VOA] Mali's army said Saturday that it had killed "a dozen terrorists" including a French-Tunisian jihadis in airstrikes in the center of the Sahel nation.

[CAF] The Malian Football Federation (FEMAFOOT) has overhauled the technical teams of the various youth national teams by appointing coaches in preparation for upcoming international competitions.

[This Day] Erstwhile Super Eagles Coach, Gernot Rohr, has been linked with the vacant coaching role of the Eagles of Mali, few weeks after the dismissal of former coach Mohamed Magassouba.

[DW] Foreign Minister Annalena Baerbock also made continued German support contingent upon holding fresh elections during a trip to the crisis-ridden state. The military junta has postponed elections for at least five years.

Europe Must Maintain Relations With Mali

[DW] The EU's decision to limit the training of Malian soldiers is correct and long overdue. But Europe must not forget Mali and leave it to its own devices, writes Dirke Köpp.

[DW] German Foreign Minister Annalena Baerbock is visiting Mali at the start of a tour of West Africa. The trip comes as the EU ends its Mali training mission due to the activities of Russian mercenaries.

[DW] The EU will wind down some operations due to continued cooperation between Russian mercenaries and Mali's junta. But the EU says it remains committed to the region. 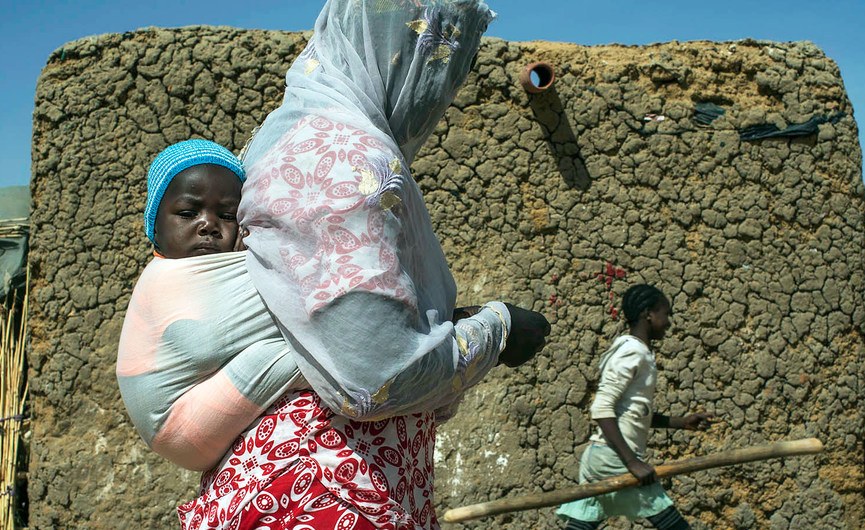 [RFI] Russia has blocked a request put forward by France at the UN Security Council for "independent investigations" into the alleged massacre of several hundred civilians in Mali by the Malian army and Russian paramilitaries, diplomatic sources said on Saturday. 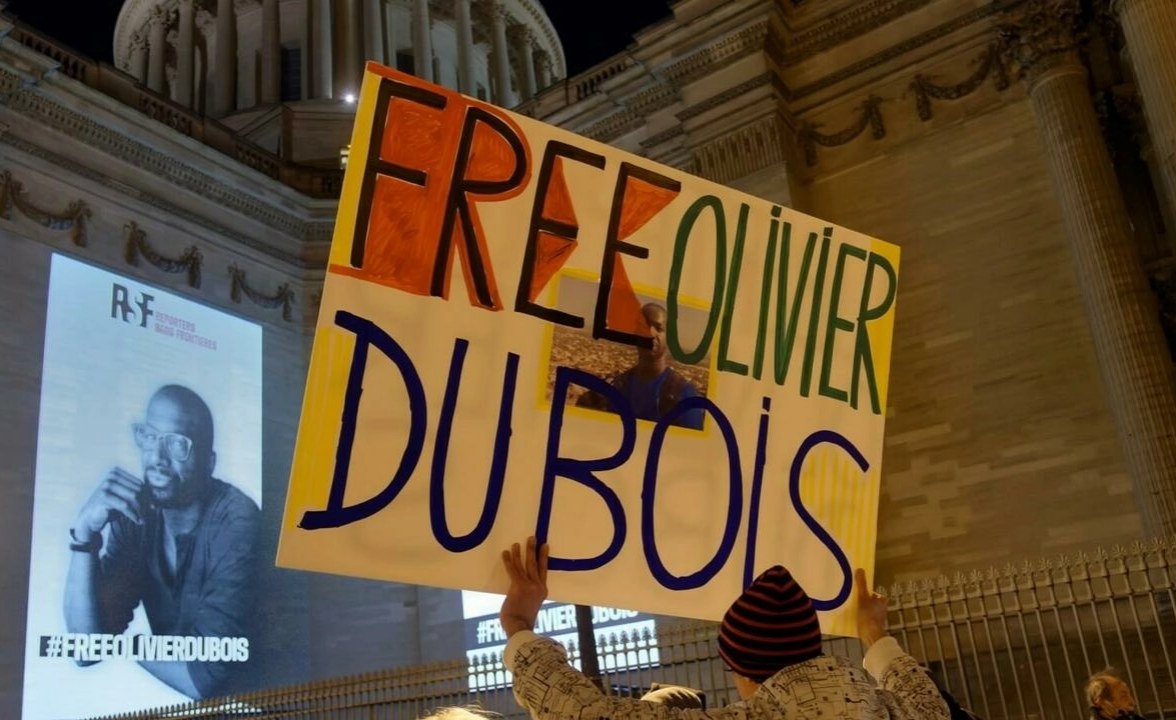 [RFI] A year to the day since French journalist Olivier Dubois was taken hostage by a jihadist group in Mali, President Emmanuel Macron says France is "fully mobilised" to ensure his release. RFI, meanwhile, is relaying messages of support on its airwaves.

UN Demands Access to Site of Alleged Massacre in Mali

[VOA] Bamako -- The United Nations peacekeeping mission in Mali, known by its French acronym MINUSMA, has demanded the country's military government grant it access to the village of Moura, where rights groups and witnesses say the Malian army and Russian mercenaries killed hundreds of civilians during an anti-terrorism operation in late March.

Olivier Dubois Journalist Held Hostage for a Year in Mali

[RSF] On the first anniversary of French journalist Olivier Dubois' abduction in Mali. Reporters Without Borders (RSF) calls on the Malian and French authorities to step up their efforts to obtain his release, and to do everything possible to prevent him spending a second year as a hostage, cut off from the world.

[RFI] With strong backing from France, a UN envoy has demanded access to the Malian village of Moura, the site of an alleged massacre last month by local forces and suspected Russian fighters.