[New Era] The Namibian and Angolan police have launched a joint investigation against a web of organised crimes, where Namibian arm dealers have allegedly smuggled firearms into the neighbouring country.

[Afrobarometer] As Angolans approach general elections in August, only one in five citizens say they trust the National Electoral Commission, a new Afrobarometer survey shows.

[Afrobarometer] As Angolans approach general elections in August, only one in five citizens say they trust the National Electoral Commission, a new Afrobarometer survey shows.

[ANGOP] Luanda -- The observation mission of the Community of Portuguese Speaking Countries (CPLP) highlighted the participation of the Timorese people in the presidential runoff election in that country, won by the candidate Ramos Horta.

Soyo and Cabinda Connected By Sea

[ANGOP] Soyo -- The inauguration of the passengers and load river terminal of Soyo municipality, northern Zaire province, restored the safety and comfort in maritime link to the northern province of Cabinda.

[ANGOP] Luanda -- De Beers CEO Bruce Clever Wednesday praised the reforms carried out over the last four years which, according to him, ensure greater comfort for investments in Angola.

[ANGOP] Luanda -- The President of the Republic, João Lourenço, Saturday checked the level of execution of the construction work of the new Luanda International Airport (NAIL), located in the commune of Bom Jesus, in the municipality of Icolo e Bengo, Luanda province.

Minister of State Meets With Us Secretary of Defence

[ANGOP] Luanda -- The Minister of State and Head of the Military Affairs Office to the President of Republic Francisco Furtado met Friday in Pentagon with the United States Secretary of Defence, Lloyd Austin, as part of bilateral cooperation between Angola and the United States.

[ANGOP] Luanda -- Draft Laws amending to the Criminal Procedure Code and another that approves the Administrative Litigation Procedure Code will go to the final global vote on April 21.

[ANGOP] Luanda -- The Angolan ambassador to Egypt, Nelson Cosme, reaffirmed the Angolan State's interest in strengthening the partnership with the Egyptian authorities, within the framework of bilateral cooperation.

[ANGOP] Luanda -- The diamond price of the Catoca Mining Society (SMC) registered a drop of around 14% in the last two sale sessions, carried out this year.

[ANGOP] Luanda -- The National Assembly (AN) on Wednesday started a special discussion on the draft law amending the Code of Administrative Litigation Procedure, taking into account the new requirements placed on the country's Public Administration.

[ANGOP] Luanda -- The Minister of Health, Silvia Lutucuta appealed Thursday to the communities to get involved in the resolution and identification of the main problems that affect the environment and negatively impact the health of the population.

[ANGOP] Luanda -- The Angolan health authorities announced, this Wednesday, the vaccination of 23,622 citizens against covid-19 in the last 24 hours.

Serbia to Provide Scholarships for Angolans

[ANGOP] Luanda -- Serbia will grant Angola 19 scholarships, in different areas of Bachelor's, Master's and Doctoral degrees, within the scope of its "World in Serbia" program.

[ANGOP] Luanda -- The President of the Republic, João Lourenço, on Thursday congratulated young Angolans, students, sportsmen, artists and workers from all walks of life, for the fast construction of the Cafu Canal - Cunene River Water Transfer System.

[ANGOP] Malanje -- The Minister of Agriculture and Fisheries, António de Assis, highlighted today, Thursday, the resilience that the sector has been showing in face of the limitations imposed by Covid-19 in the last three years, providing food to the country, for the strengthening of food security.

[ANGOP] Luanda -- Angola continues to improve and acting in accordance with the world extractive industry which contribute to the increase of the explorations and concessions of the oil fields, the minister of Mineral Resources, Oil and Gas, Diamantino Azevedo, said Tuesday.

[ANGOP] Luanda -- The World Bank's Board of Directors has approved a USD 300 million financing to support the Government of Angola to improve water supply and strengthen water resources management for greater climate resilience in some areas of the country.

[ANGOP] Luanda -- The resident coordinator of the United Nations in Angola Zahira Virami reaffirmed Wednesday the support of the UN system in the preparation process of Angola's transition from Least Developed Country to Middle Income Country.

Angola - 11 Parties Confirmed to Run in Next Elections

[ANGOP] Luanda -- Eleven political parties are qualified, so far, to run in the general elections in Angola, scheduled for August this year, according to a source from the Constitutional Court (TC).

[ANGOP] Luanda -- Angolan head of State João Lourenço was informed Wednesday in Luanda about the preparations for the Extraordinary Summit of Heads of State and Government of the African Union (AU), scheduled for May, in Malabo, Equatorial Guinea.

[ANGOP] Luanda -- Portuguese minister of Foreign Affairs João Gomes Cravinho will visit Angola on 12th and 13th April, as part of the strengthening of cooperation between the two countries.

[ANGOP] Luanda -- The Special Representative of the UN Secretary General and Head of the UN Regional Office for Central Africa, François Fall, recognised Angola's role in addressing peace and security issues in the region.

[ANGOP] Luanda -- An Angolan delegation headed by the Minister of State and Head of the Military Affairs Office to the President of the Republic Francisco Pereira Furtado is expected in Washington DC (US) to mark the 5th anniversary of the signing of the memorandum of understanding, in the defence sector, between the two countries.

[ANGOP] Luanda -- Angolan minister of Economy and Planning Mário Caetano João said Wednesday that the government plans to devise strategies for the graduation of Angola from Least Developed Country to Middle Income Country, focusing on gaps and adjusting the National Development Plan ( PDN 2022-2026).

[ANGOP] Ondjiva -- Angolan head of State João Lourenço reiterated Monday the government's permanent commitment to launch structuring programmes to reduce the impact of the drought in the provinces of Cunene, Namibe and Huíla, in the southern region of the country.

[ANGOP] Luanda -- National Agency for Oil, Gas and Biofuels (ANPG) opens Tuesday the proposals competing for the bid/2021, for eight oil blocks in the Lower Congo and Kwanza Basins, after sending invitation letters to 13 pre-selected companies.

[ANGOP] Ondjiva -- At least 235.000 people from Ombadja, Cuanhama and Namacunde municipalities will benefit from drinking water under the project of transfer from the Cafu capture station from Cunene river, inaugurated this Monday by the President of the Republic, João Lourenço.

[ANGOP] Ondjiva -- The President of the Republic, João Lourenço, Monday in Ombadja, Cunene province, highlighted the importance of State investments in the field of water, stressing that they allow a deep transformation of the local population's food habits.

[ANGOP] Ombadja -- The President of the Republic, João Lourenço, inaugurated on Monday, in Ombadja municipality, Cunene province, the Cafu collection and pumping station.

Head of State in Ondjiva for Central Act of 4th April

[ANGOP] Luanda -- The President of the Republic, João Lourenço, arrived on Sunday in the city of Ondjiva, Cunene province, where he will lead the commemorations of the Peace and National Reconciliation Day, to be held on Monday.

[ANGOP] Ondjiva -- The Minister of Energy and Water, João Baptista Borges, said in Ondjiva, the construction of storage and water retention infrastructures is the solution to combat the negative effects of drought in the provinces of Cunene, Huíla and Namibe, in the next six years.

Bailout a Consideration If Debt Repayments Can't Be Met

[ANGOP] Luanda -- Finance minister Vera Daves said Wednesday in Luanda that Angola would possibly resort to a bailout if the country were not capable to pay its debts.

[ANGOP] Luanda -- National Development Plan (PND) 2018-2021 had an execution rate of around 65.75 percent, according to a statement from the 3rd Ordinary Meeting of the Economic Commission of the Cabinet Council, held Wednesday.

[ANGOP] Luanda -- The Economic Commission of the Council of Ministers on Wednesday restructured the Credit Support Project (PAC) to reverse the country's continuous and strong dependence on imports.

[ANGOP] Luanda -- At least eight hundred and fifty eight billion kwanzas is the amount provided by the Angolan government as part of a fund for home loans.

[ANGOP] Luanda -- At least sixty-eight billion kwanzas is the amount that the Ministry of Economy and Planning (MEP) has provided to the agricultural sector, in order to improve productivity in the five-year period (2018-2022), the national director for the Economy, Competitiveness and Innovation, Joffrana Xavier said today in Luanda.

[ANGOP] Luanda -- A mission from the African Development Bank (AfDB) is in Luanda to present to the government details of the process of defining Angola's risk rating and economic review.

[ANGOP] Luanda -- The Central Bank of Angola (BNA) has made available 25 million coins of 200 kwanza, presented this Wednesday in Luanda to commemorate the 20th anniversary of Peace and National Reconciliation.

Tackling One of the World's Highest Teenage Pregnancy Rates, to Give Girls a Better Future

[UNFPA] Lubango -- "I have had doors closed in my face many times, but my desire to bring knowledge to young people and adolescents in order to avoid unwanted pregnancy has no end," said Stela Varela, 28, an activist for the Youth Support Centre (CAJ) and a beneficiary of the Safeguard Young People (SYP) programme.

[ANGOP] Luanda -- Angola's vice-president Bornito de Sousa praised Sunday the involvement of the United Methodist Church in the training and education of children and youths in the country. 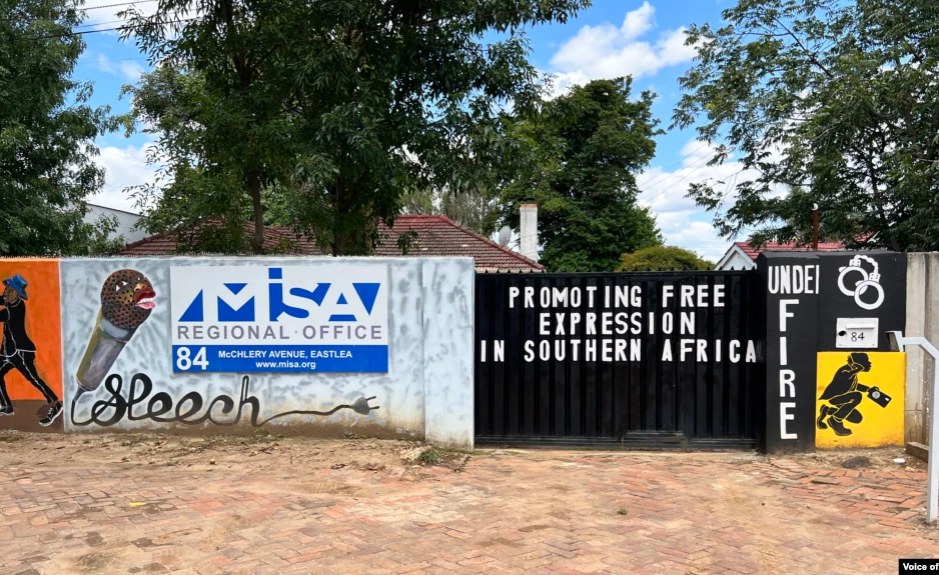