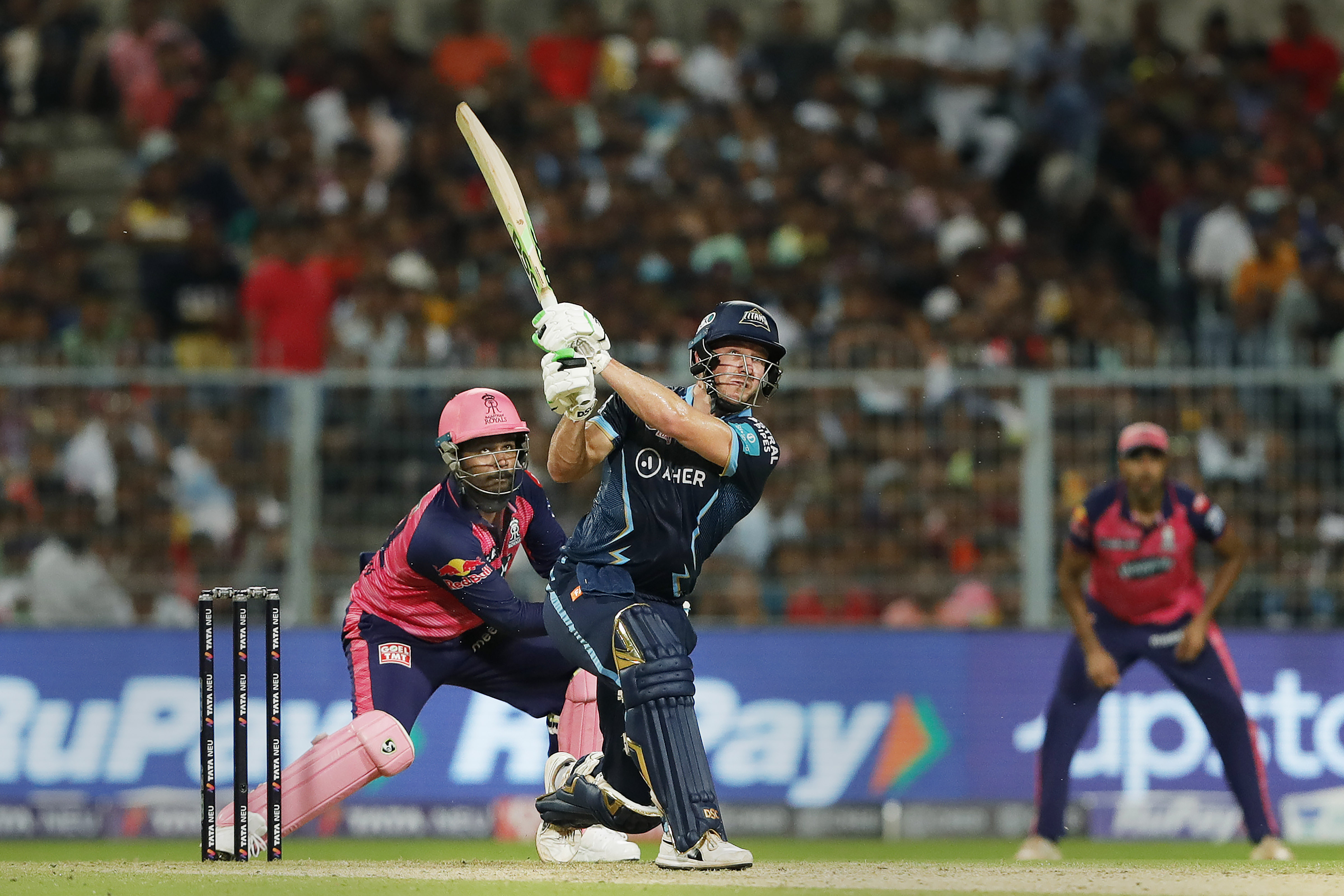 David Miller hit three effortless sixes which looked like action replays as Hardik Pandya-led Gujarat Titans made a mockery of all the odds to reach the final of the IPL with a seven-wicket win over Rajasthan Royals today.

On a track that was two-paced, Royals rode on Jos Buttler's 56-ball 89 to post 188/6 in 20 overs, which seemed like a winning total considering the pressure of the occasion.

For a team which many tipped to finish last because of some out-of-the-box picks, turned out to be the most consistent and will now play the final in front of its home crowd at the Narendra Modi Stadium, with more than 100,000 people cheering them on.

No praise is enough for Pandya, who always looked collected even when the things didn't seem to go his team's way.

One of the cleanest hitters, Pandya took the game deep with some well-placed boundaries which allowed Miller to take his time before unleashing five huge sixes — three off the last over from Prasidh Krishna, when the bowler completely lost his nerve. The best part about Pandya's captaincy was not taking any risks against the opposition's best bowler, Yuzvendra Chahal (0/32 in 4 overs), but left it to his partner, who hit two huge sixes to ease the pressure.